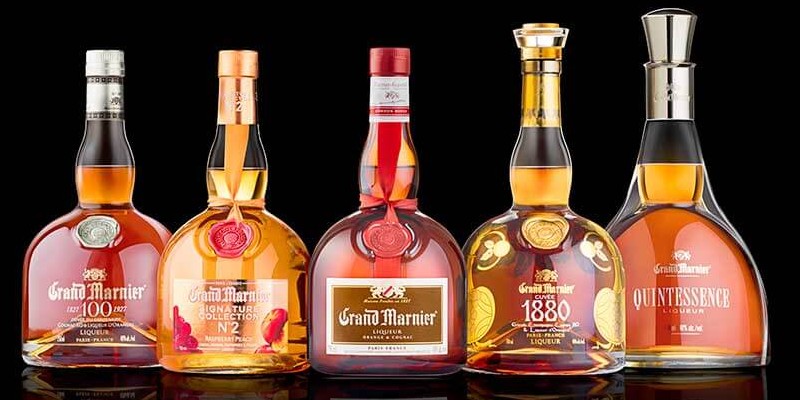 Grand Marnier is unique in many ways when it comes to a liqueur. We will get into some of its unusual characteristics later, as many of those things have an impact on its price point.

The most popular offering from Grand Marnier is its classic Cordon Rouge, which is a French orange liqueur. Created in 1880, the liqueur is a mixture of Cognac, bitter orange, and sugar.

Cordon Rouge translates to “red ribbon”, which would explain the unusual bottle adornments seen on shelves across the world. Grand Marnier also offered a Cordon Jaune, or “yellow ribbon”, that was a triple sec-style liqueur. It saw its final production in 2017 and is no longer made.

Grand Marnier now falls under the Campari group, joining other popular brands like Skyy Vodka, Wild Turkey, and Appleton Estate. The purchase of the label in 2016 allowed Grand Marnier to join a family of over 50 different brands.

The orange-flavored liqueur calls an array of cocktail recipes home but many enjoy it served “neat” as a digestif. Grand Marnier has also made a name for itself with its flammability. Crepes Suzette calls for Grand Marnier specifically as part of its flambeing process.

As you can see in the chart below, Grand Marnier lands a little higher on the scale than most liqueurs. As alluded to earlier, this orange-flavored liqueur is anything but typical.

Grand Marnier comes in at a whopping 40 percent ABV. Most other liqueurs tend to fall into the 25 percent ABV range. For comparison, other notable brands that fall into the same ABV category as this liqueur: Tito’s vodka, Bacardi rum, and several tequila brands.

This liqueur features some of the finest Cognac available. Thus, it must be made in the region of the same name. Operating in this prestigious and exclusive region is by no means cheap and impacts the overall cost of the liqueur.

Grand Marnier uses the famed Ugni Blanc grapes and procures them from five Cognac crus. Combined with the double-distillation process to ensure a fine brandy product, you can see how Grand Marnier gets a little pricier than other, less-involved liqueurs.

Grand Marnier is one of the few liqueurs to feature a premium bottle offering. The Cuvee Du Centenaire and Cuvee 1880, listed below, are both consider ultra-premium spirits.

The Cuvee Du Centenaire features similar ingredients as the basic Grand Marnier Cordon Rouge, however, it uses 25-year old Cognac and is made specifically for enjoying neat. The translation of its name is “Centennial Edition” and it was created in 1927 to celebrate the 100-year anniversary of Grand Marnier.

Taking it up yet another notch, the Cuvee 1880 features blends of Cognac aged up to 60 years. Again, this is not the ideal ingredient for a Grand Marnier margarita but is intended to be enjoyed “neat” as a good Cognac would.

Grand Marnier has been around the block a time or two. Some notable moments include having a bottle found amongst the wreckage of the doomed Titanic luxury liner.

A special edition was created specifically for the celebration of Queen Elizabeth II. Called Quintessence, it features a blend of Cognacs (some from the personal stock of the Marnier family) that date back to the early 1900s.

The barrels used to age the proprietary Cognacs used in the many Grand Marnier products are made from trees grown by the label. These trees can take over 100 years to mature and obviously are quite precious and costly.

Common Recipes: What to Mix with Grand Marnier

Grand Marnier is certainly known to be enjoyed on its own. Obviously, we would not recommend using any of the premium Grand Marnier products in a simple cocktail but the Cordon Rouge or other reasonably priced offerings are great for that hint of orange to brighten a fun drink. 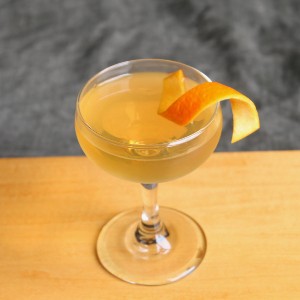 The beauty of this cocktail is two-fold. First, there are only two ingredients. Second, people seem to love it! The combination of a London Dry Gin and Grand Marnier creates an herbaceous, yet surprisingly light tasting drink.

I told you it was just two ingredients! Pour the ingredients in a glass with ice and stir gently but well. The drink should be chilled before it is poured. If you simply must add a third ingredient because you cannot handle the simplicity of this one, give it a dash of orange bitters. Strain the stirred, chilled drink into a fun cocktail glass. Garnish with anything you think looks fun! 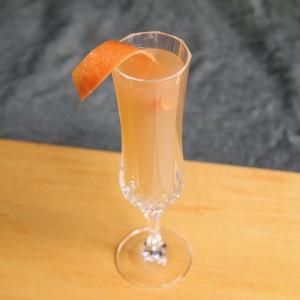 Rumor has it this drink was actually created for those who made that first trip to the moon: Neil Armstrong and Buzz Aldrin. In any case, grapefruit and champagne combine to give the Grand Marnier a lightness it never knew it could have.

This drink starts and ends in a champagne flute so break out the good glasses! Pour the Grand Marnier, the juice, and those drops of rosewater into the glass. Stir for about three seconds and then add the champagne (for those less inclined to use the “good stuff” in a cocktail, any sparkling or bubbly will do). 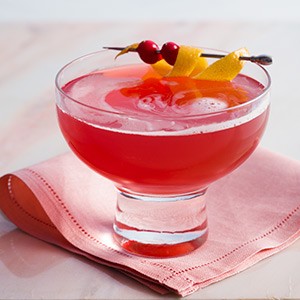 The best bartenders never tell their secrets but those who do will tell you the best Cosmos use Grand Marnier. Surprise! This is a recipe that will definitely convince you that Grand Marnier is worth the higher price.