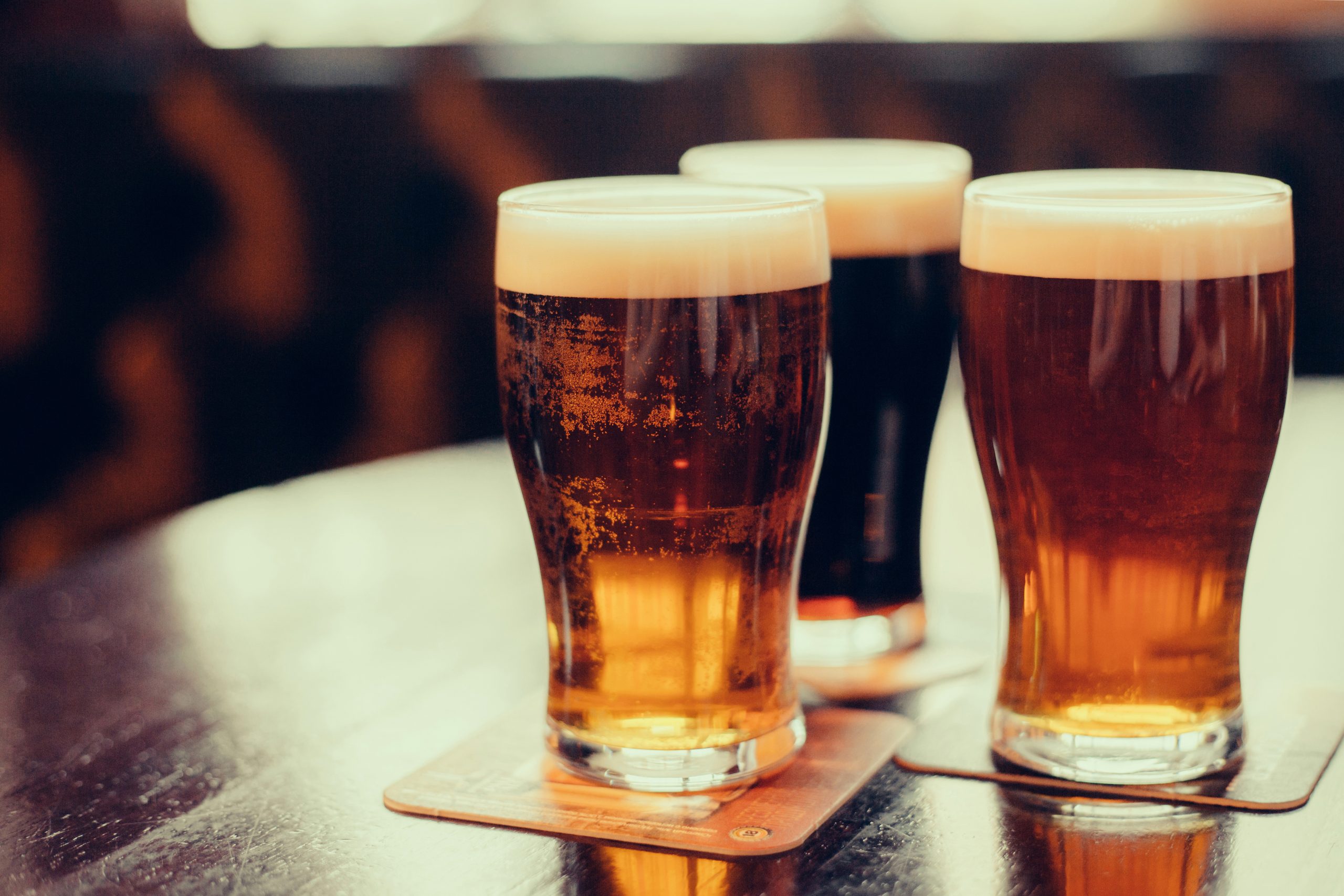 What is beer? Delicious, obviously! Which is probably why it’s in the top 3 most popular overall drinks along with water and tea.

Simply put, beer is a yeast-fermented beverage made with water, grain, and hops. The golden elixir traces its roots as far back as ancient Mesopotamia and Babylon, and even further back to nomadic tribes nearly 13,000 years ago. Of course if you tried that brew today it wouldn’t even be recognizable as beer, but it was in fact a fermented beer with the consistency of gruel (https://en.wikipedia.org/wiki/Beer).

Just imagine a bunch of cavemen wandering into their favorite watering cave at the end of a long day filled with boar hunting and clubbing each other and ordering a round of their favorite gruel beer. I’m certainly glad that both humans and beer have evolved since then.

There is an endless supply of styles, flavor profiles, and brewing details, but we’re going to keep it simple, hit the basics, and give you a good foundation on which to build your working beer knowledge. 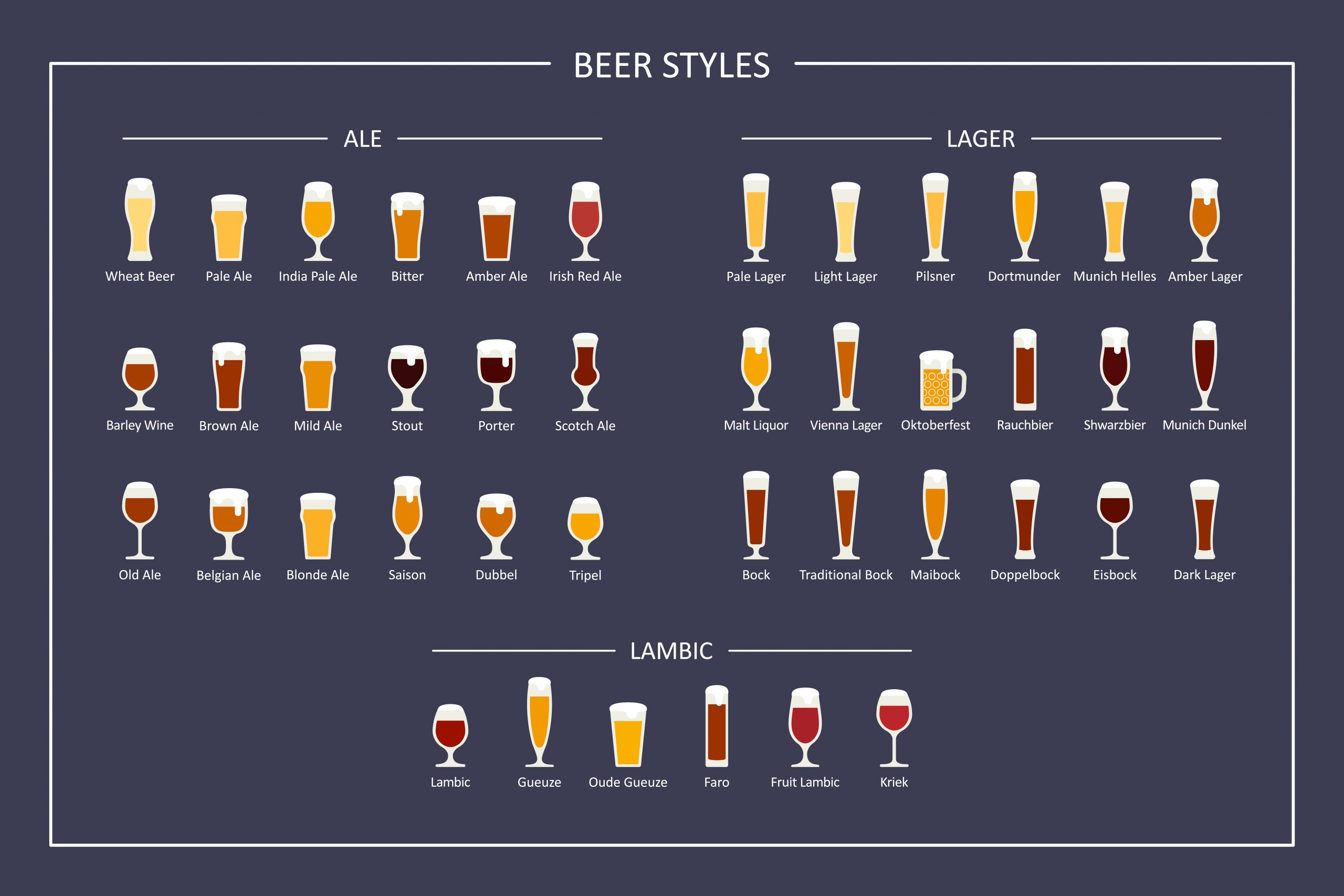 Before we talk beer, let’s talk yeast.Yeast is at the foundation of all beer, so it’s a great place to start. There are two main types of yeast used in the fermentation process: Ale yeast, which is top-fermenting, and Lager yeast, which is bottom-fermenting.

Now that you’re basically a yeast expert, let’s discuss types of beer. There are far too many types of beer to cover here, so we’re going to look at the big 4: Ale, Lager, Porter, and Stout.

Ale was historically brewed without hops, although now there are many styles that use hops as the bittering agent to balance the flavor profile. Ales are warm brewed using top-fermenting yeast and are known for their full-bodied and often sweet and fruity flavors.

In Medieval times, ale was a primary source of nutrition for many people because of its caloric value and high water content. Imagine getting to drink beer in order to hydrate because your water is too contaminated. Pretty awesome, huh?

Cask Ale - varies by each brewery

Lager is distinguished by its low-fermenting yeast. You may have heard the term “cold-brewed” in your favorite beer commercial. Well, that’s what they’re referring to. It is also the most consumed style of beer in the world and comes in beautiful pale, amber, and dark shades.

The color of your favorite lager comes from the material used in the fermenting process. The lighter lagers use barley that hasn’t been roasted, and sometimes use other light grains to create that light refreshing finish.

There are three types of lager under which many styles fall.

Pale Lager - most popular beer in the world, very light to golden in color, light and refreshing

Some of the common lager styles: https://en.wikipedia.org/wiki/Lager

Bock - light copper to brown, rich toasted malts with a hint of caramel

Dunkel - dark with malty notes of bread, chocolate, and caramel

America has become one of the largest consumers of beer, and most of that is in light lagers such as Bud Light, the highest selling beer in the USA.  Here is a breakdown of some of the other best selling beers. 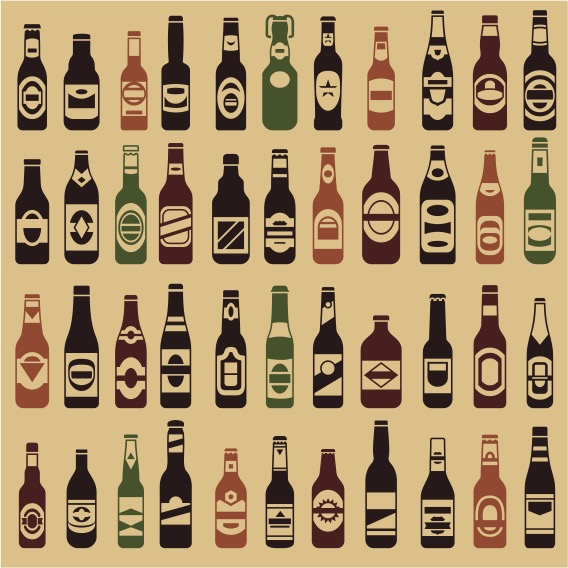 There’s a distinction between “popular” beers and “best-selling” beers. Popular beer rankings are based on surveys of how people generally feel about the beer, whereas best-selling uses analytical data from beer sales.

Just because someone buys a lot of Natural Light doesn’t mean that person prefers it. For instance, many people simply drink what is more affordable. Think about how many broke college kids are out there throwing frat parties. Do you really think they’re going to drop top dollar for a keg of premium ale? Of course not!

So let’s check out what beers people wish they were drinking according to YouGov’s most recent survey.