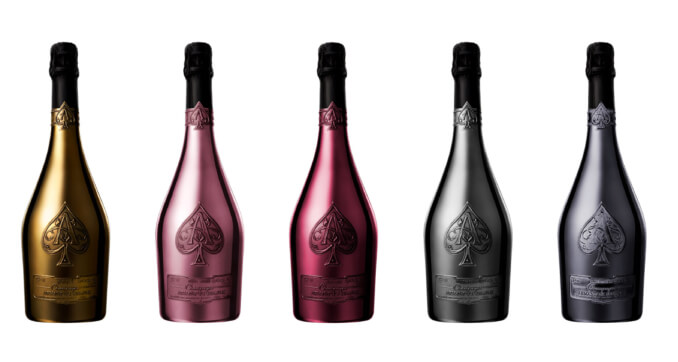 You may not recall hearing of Armand de Brignac but anyone who deems themselves “in the know” is sure to have heard of it by its other name: Ace of Spades. This high-end champagne is immediately recognizable by its metallic bottle and pewter labels featuring the ace of spades symbol. Ace of Spades Champagne price can start around $300.

Relatively new to the pricey vintage champagne scene, Armand de Brignac started offering its Brut Gold cuvée in 2006. The Ace of Spades brand grasped a pop culture foothold when the brand was acquired by a gentleman named Shawn Carter. Like the brand itself, you may not have heard of this person but you are likely to know him as Jay-Z.

When the Cattier family originally chose the name of the champagne, it was simply called “de Brignac”. Unfortunately, a name change was required by the Comité Interprofessionnel du Vin de Champagne, a French group that regulates the champagne industry.

There is a town that rests outside the Champagne region called Brignac and the CIVC had concerns there would be some confusion over whether the brand was in fact champagne. The family added Armand to comply and it has been called Armand de Brignac since the first 2006 bottles.

As you can see in our Ace of Spades prices list below, these bottles do not come cheap. How is it possible that one bottle of champagne can cost almost a thousand dollars? There are certainly a few factors that drive the price point up on the bottles of Armand de Brignac.

While it may seem like this champagne is simply a new trend, the quality is well respected in the industry. Sure, Ace of Spades appeared in 2006 and saw a meteoric rise after being featured in a Jay-Z music video shortly after its release. According to other experts in the field, this champagne has legitimate chops.

While Ace of Spades met its first bottle in 2006, the Cattier family has been growing grapes in the Champagne region for over 250 years. Eventually, they would begin producing their own champagne in 1918 after the style gained momentum in the wine market.

The family produces champagne under its own brand of Cattier and the Clos du Moulin is highly regarded by aficionados.

The Power of Social Relevance

We would be remiss to ignore the fact that these bottles can support such high pricing simply by being popular amongst the social elite. Famous athletes, former Presidents, and high-end nightclubs pride themselves on being fortunate enough to imbibe such luxurious champagne.

From the 2006 introduction by Jay-Z to several music video appearances since Ace of Spades has been synonymous with ultra-luxury. Many sports teams have taken the opportunity to take in the brand after winning championships like the baseball World Series.

The Most Expensive Bottle

Armand de Brignac offers its flagship multi-vintage at almost $300. Specially made bottles can increase the price drastically. A 30-liter bottle (about 750-ml bottles worth) can go for almost $200,000.

Famous baseballer David Ortiz once uncorked a 15-liter bottle after winning the 2013 World Series with the Boston Red Sox. That is a quick way to spend $100,000.

It can be challenging to compare champagnes priced so high. The closest comparisons are Dom Perignon and Cristal.

Dom Perignon features a vintage-only profile of champagnes. Coming in around $300 for certain vintages makes this a comparably priced champagne to Ace of Spades.

Cristal is often compared to Ace of Spades for both its luxury pricing and its frequent appearances in music videos. Probably the second-most popular “club” champagne, Cristal comes from the popular Louis Roederer Champagne House.

A Non-Vintage, Yet Still Expensive Wine

Interestingly, Armand de Brignac does not offer a single vintage which is unusual for this level of champagne. Rather, Ace of Spades is a blend of three vintages. The Silver Blanc de Noirs obviously takes the cake as the most expensive 750-ml bottle available.

With grapes from the best Pinot Noir vineyards and limited production of 3,000 bottles, the Silver Blanc de Noirs is the rarest and most expensive Ace of Spades available. 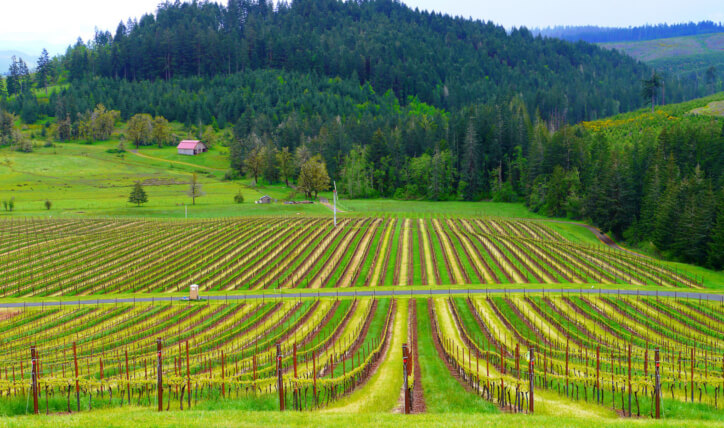 The Silver Blanc de Blancs comes in a close second by using only Chardonnay grapes for its cuvee.

Armand de Brignac is an expensive brand but is seen as one of the best champagnes available as well. The Ace of Spades Gold Brut has taken first place at blind wine tastings and is not simply a “name” but  champagne that passes the expert taste test as well.