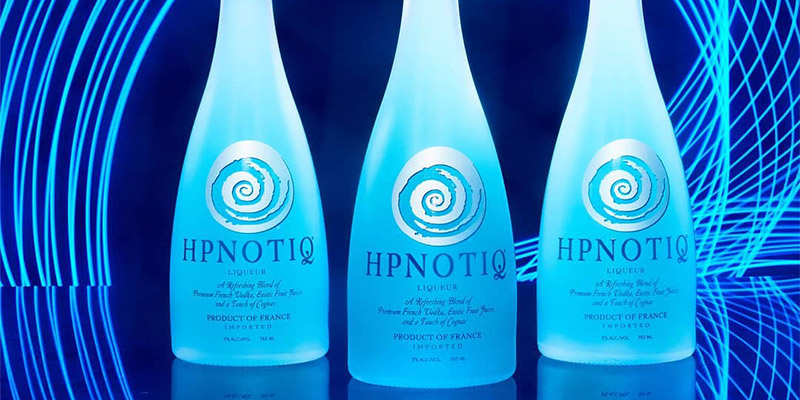 Hpnotiq represents a young member of the liqueur family at a mere 18 years of age. Created in 2001 by a young man still living at home with his parents, Hpnotiq is unmistakable for its unnatural blue hue.

Just as a bottle of Hpnotiq stands out on a bar shelf, the creator Raphael Yakoby noted a bottle of perfume as he meandered through a New York Bloomingdale’s store. As they say, the rest is history.

Hpnotiq did not burst onto the scene immediately. Fate brought Yakoby and a music industry member named Nick Storm together. It was the ability of Mr. Storm to get the bottles of Hpnotiq into the hands of popular artists that took the brand to a level of pop culture stardom that cannot be replicated by any other form of marketing.

Hpnotiq has recently undergone a brand revival and is seeing rising popularity not just or its unique color but for its ability to blend into cocktails and provide a unique flavor profile.

Hpnotiq appears like a gimmicky brand at first glance, given its unusual presentation of aquatic blue. However, it is now made and bottled in the prestigious Cognac region of France.

The liqueur consists of triple-distilled French vodka, a blend of five cognacs, and a secret blend of fruit juices. This flavor profile allows the liqueur to be used in drinks from brightly-colored tropical offerings to a twist on classics like a blue martini.

Hpnotiq is quite secretive about how the finished liqueur ends up being such a Caribbean blue. Rumors about but Hpnotiq says it may or may not occur during the maceration of the unnamed fruit medley.

The brand is less secretive about the cognacs used in the blend, however, the blend itself is proprietary enough to keep quiet. The cognacs included are:

The French vodka is considered premium, as well. A grain base, charcoal filtration, and spring water all go into producing a high-quality vodka for use in the final blend decided upon by the Hpnotiq master blender.

Comparing Other Brands to Hpnotiq

Finding comparisons to such a unique liqueur can be challenging indeed. While the flavors may not always be the same, there does seem to be a growing assortment of wildly colored, fruit-focused liqueurs.

Qream: Qream features a creamier texture and is more subtle than others on this list. Featuring flavors in peach and strawberry, this is considered a creme liqueur. It’s almost yogurt-like texture is best featured in thicker cocktails like daiquiris.

The brands on this list come in around the same price point as Hpnotiq ranging from $19 - $30, on average.

Common Recipes: What to mix with Hpnotiq

While Hpnotiq can be had over ice or chilled, cocktails are a great way to enjoy the blue liqueur. The variety of flavors pair well with many different liquors but most Hpnotiq is often matched with light-colored liquors like rum or vodka.

These cocktails are great ways to make good use of a bottle of Hpnotiq. 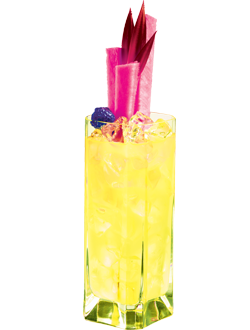 Pour all the ingredients over ice in a tall glass. Throw in some berries, a wedge of pineapple on the rim, and a crazy straw to make this drink really pop! 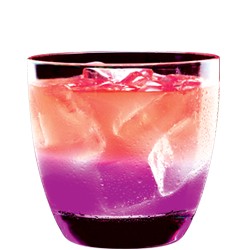 Pour all the ingredients into a shaker with ice. Do your best mixologist impression whilst shaking over your shoulder. Pour into an attractive short glass (a rocks glass, perhaps) over ice (use a big cube for dramatic effect). 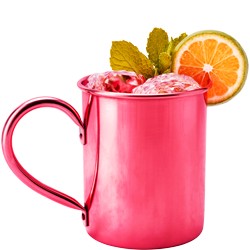 The mule mug actually serves a purpose - science says that copper retains the cold longer and everyone knows a mule of any color is best enjoyed frigid! Pour the Hpnotiq, liquor, and lime juice over ice (preferably crushed) in the mule mug. Fill the remainder of the space up to the brim with ginger beer. Many enjoy this topped with a mint leaf. 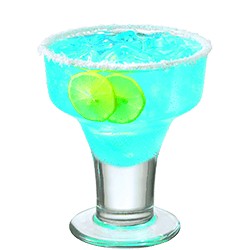 Shake ingredients in a shaker over ice. Strain everything into a glass that looks appropriate to hold a margarita. The glass should also have ice in it. Garnish with virtually anything you think looks good against an electric blue backdrop. 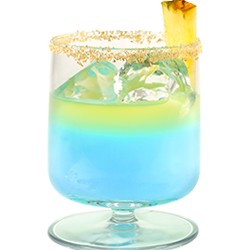 Shake the Hpnotiq and vodka in a shaker with ice. Pour over ice in a glass (preferably a rocks glass for appearance’s sake). Pour pineapple juice over the top. 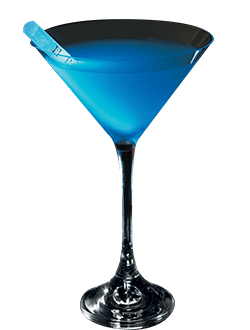 All the ingredients go into a shaker with ice. Shake it up to chill the liquids. Pour into a glass - a martini glass really sets this cocktail apart. Garnish with something fun like a blinking ice cube.