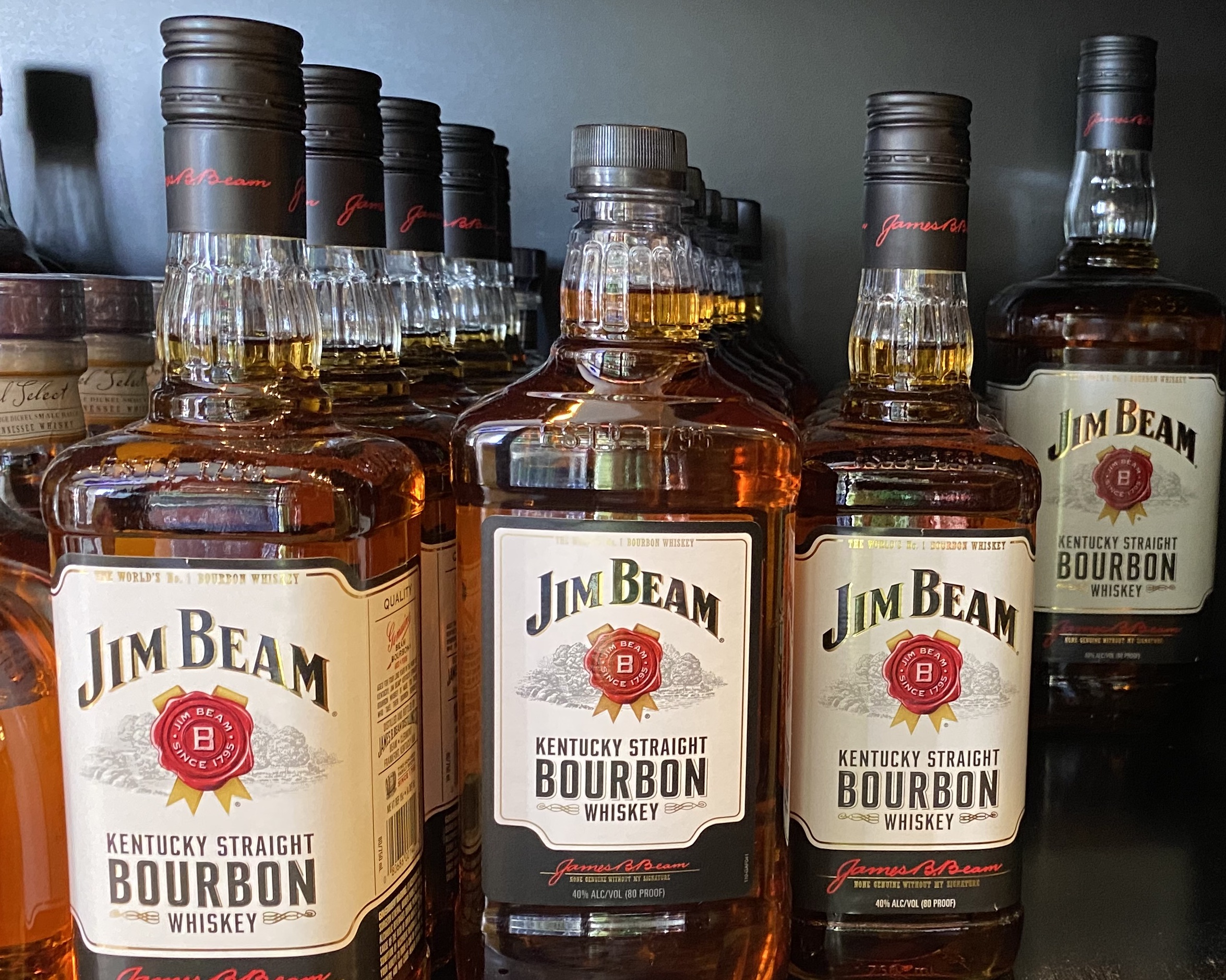 In this paragraph, we'll take a look at Jim Beam's roots and where they are today. Hailing from Clairmont, Kentucky, Jim Beam is one of the best selling brands in the world. It is an American bourbon produced by Beam Suntory. In the 18th century, members of the Bohm family immigrated from Germany and settled in Kentucky. They later changed the spelling of their name to Beam and released their first barrels of corn whiskey named Old Jake Beam Sour Mash in 1795. In 1880 they began selling nationally under the name “Old Tub”. In 1943 the brand name was changed to “Jim Beam” after James Beauregard Beam. Seven generations later, with over 20 different Jim Beam products on the market today, Jim Beam claims they are the world’s #1 bourbon.

Jim Beam is a sour mash (a mash consisting of corn, rye, and barley) aged in charred new American Oak. It’s a deep copper gold color with a smooth, refined and elegant taste. On the nose you’ll find apple, cinnamon and a touch of caramel. Flavor wise, there’s a light spice followed by vanilla, almond and cola. It is great on its own or mix into cocktails!

Since there are so many flavors of Jim Beam, we recommend you try them all! But we’ve also broken the list down into categories and we’ll give you a few flavor profiles for section.

Coming in apple, peach, black cherry and orange flavors, these flavors all fall on the fruity, sweet side. They are best served as a shot, over ice, as a highball or mixed with iced tea. 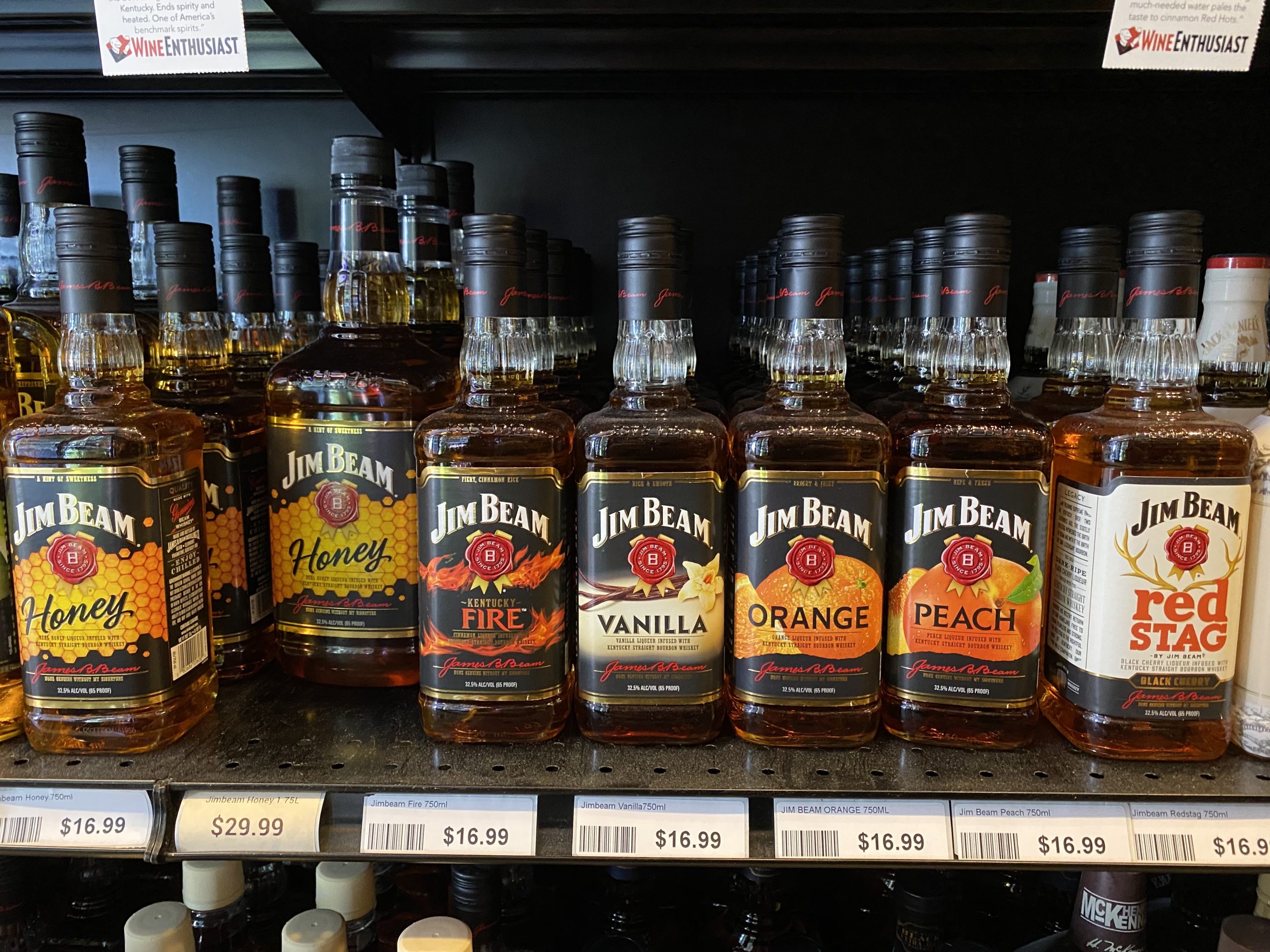 The cinnamon flavored Jim Beam Bourbon is called Fire and delivers a fiery, sweet kick followed by a touch of smokiness. Jim Beam Vanilla Bourbon is a beautiful mix of sweet vanilla notes and light oak. You’ll notice a considerable amount of sweetness on the palate of Jim Beam Honey. Try it in a cocktail next time you’re craving something on the sweeter side. 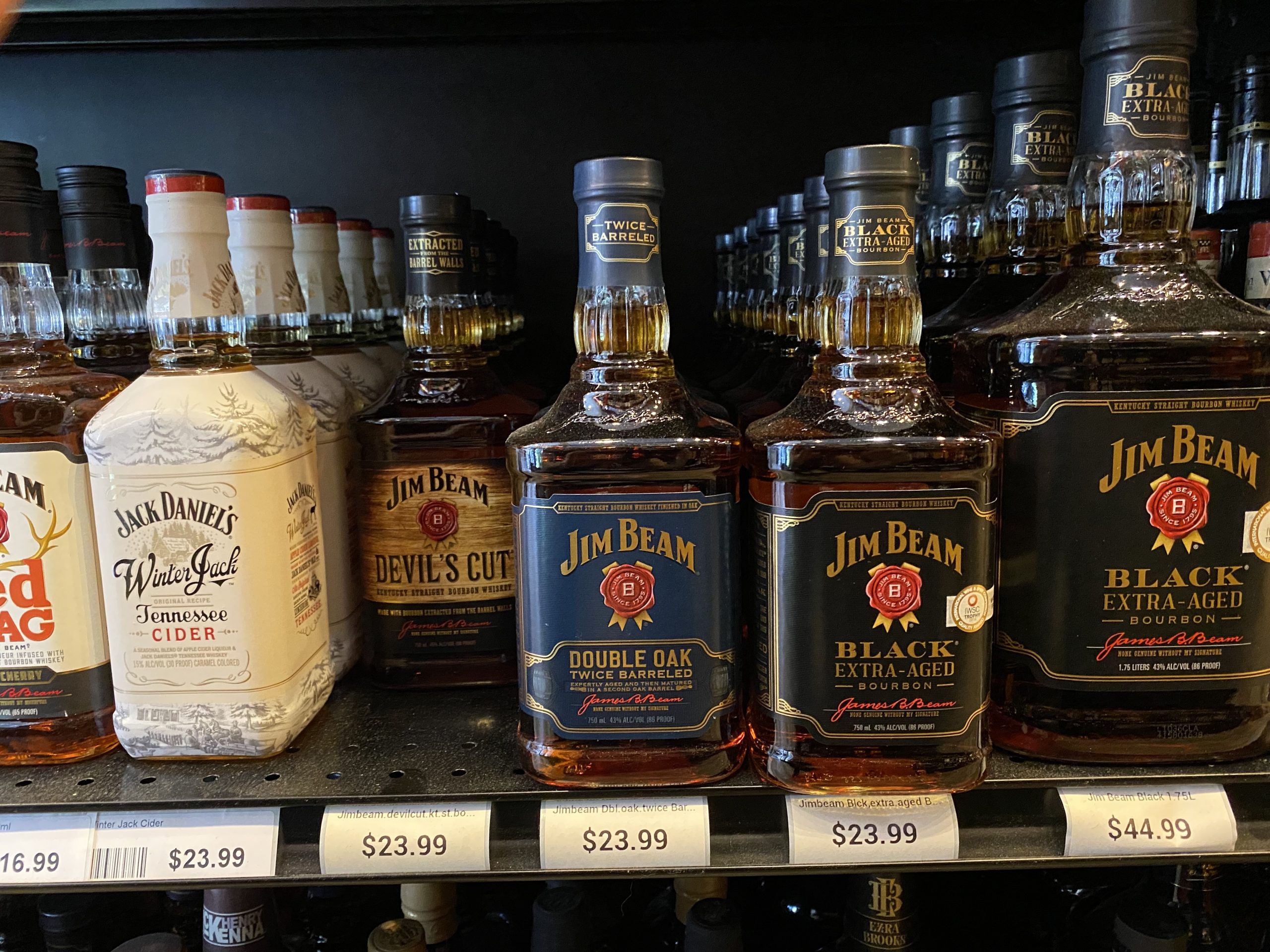 There are many different Jim Beam products on the market today from their classic Kentucky straight bourbon to cream liqueur and even canned highballs. Currently they have seven flavored bourbons most of which hover around 70 proof. They include honey, apple, vanilla, cinnamon, peach, black cherry and orange. Slightly lighter in alcohol content and flavored with natural fruit flavors and sugar, these are extremely popular amongst many.

On January 13, 2015 Beam released a new version of their classic Kentucky Straight Rye Whiskey. The brand is comprised of other labels such as Jim Beam Black which is a stronger version of their classic bourbon at 86 proof, Bonded Bourbon at 100 proof and a Ghost White Bourbon Whiskey. Their more refined members include a single barrel, their devil’s cut, and an extra aged. Limited time members include the Old Tub unfiltered label, a cream bourbon and their Repeal Non-Chill Filtered batch. See the table below for their most popular products and average prices.

DRINK IT "ANY DAMN WAY YOU PLEASE.”

There are a ton of flavors available, so you have endless ideas for cocktails with Jim Beam. Grab your favorite bottle and get creative! Need a little more direction? Here’s a few of our favorite recipes to get you started! 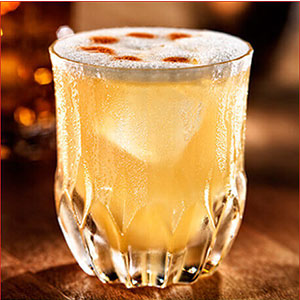 Combine all ingredients in shaker except bitters. Shake hard for 30 seconds. Add ice and shake again. Strain into glass and garnish with a few dashes of bitters!