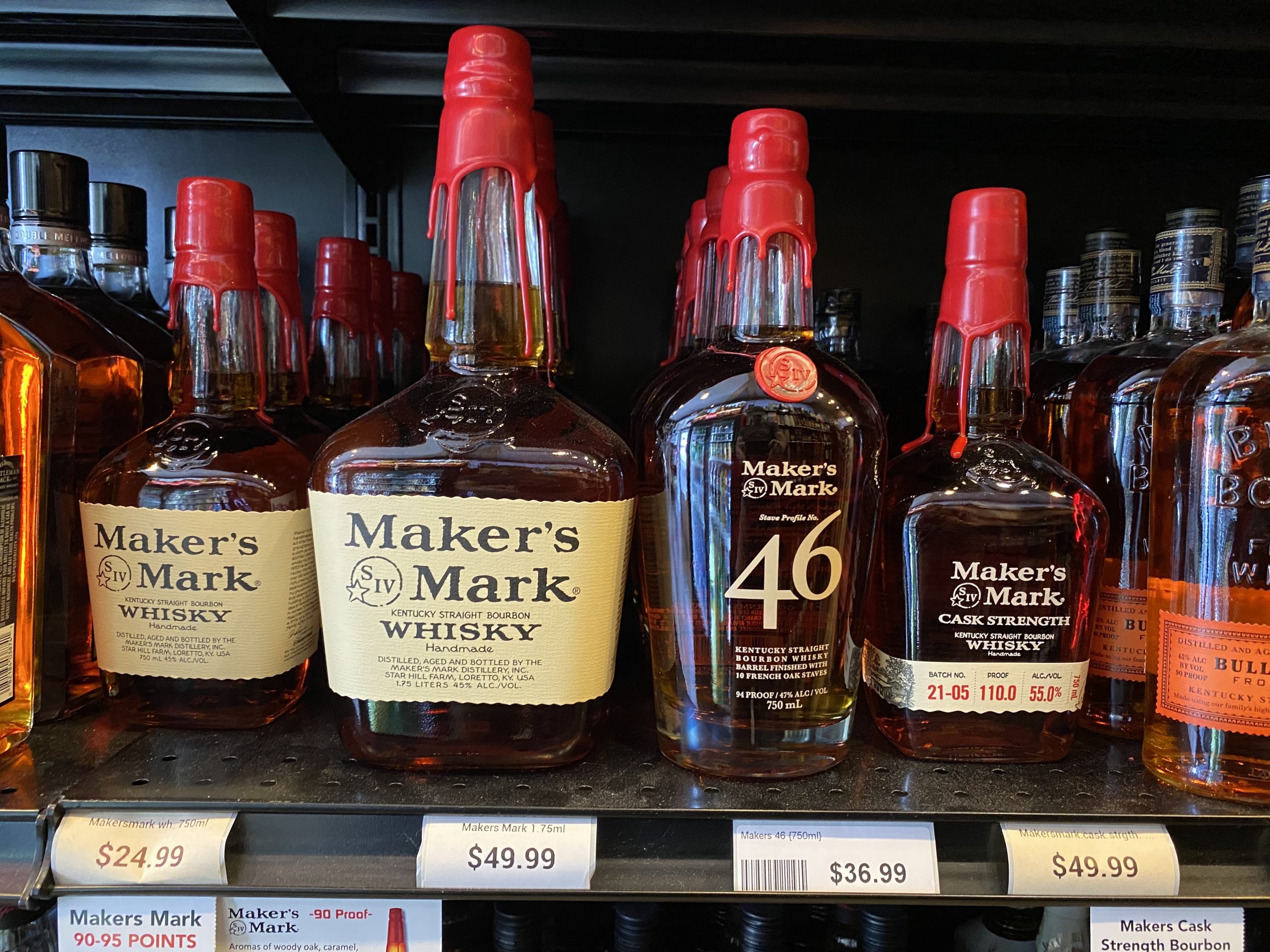 Maker’s Mark is a Kentucky bourbon whiskey known for its distinct sweet wheat flavor and red wax topped bottles. It is commonly requested in bars and restaurants around the world and one of the top sellers in liquor stores. In this article, we’ll explore the origins, flavors and prices of this tasty brown spirit.

Maker’s Mark distillery in Loretto, Kentucky is still doing things the same way they did in 1953. It all started when Bill Samuels, Sr. gave his family’s 170-year-old recipe some updates. Bill started experimenting with different mash bills and in order to speed up the process, he turned to baking. Yes, that’s right! Bill would bake loaves of bread using a combination of various grains. This way he could taste the different characteristics of the grains without having to distill or age. Replacing the traditionally used rye with a softer, red winter wheat, Bill created Maker’s Mark that is still sold today.

So now that you know where Maker’s Mark came from, one might wonder how it became so popular. Well, that may be thanks to co-founder Margie Samuels and her creative marketing. Maker’s Mark’s website implies that Margie is the reason people buy their first bottle of Maker’s and Bill is the reason they buy their second. Margie ensured the bottle would be an eye catcher on the shelves and knew if she could get people to taste the bourbon, they’d definitely be back for more.

Margie designed everything from the bottle shape to the label and even the red wax top. Her inspiration for the shape and wax seal stemmed from her collection of 19th-century cognac bottles. The inspiration for the seal on the bottle is from the “maker’s marks” that tinsmiths mark their best work with. The “S” is for Margie’s last name and the “IV” are roman numerals for her husband’s status as a fourth generation distiller. The star on the bottle symbolizes Star Hill Farm where the family lived. Margie was very detail oriented and carried that through the distillery and even in tours. She always made visitors feel welcome so much that she has been credited for developing bourbon tourism.

Currently, Maker’s Mark has six bourbons available on the market. Let’s take a take a look behind the scenes and discover what gives each flavor its distinct qualities.

This is the original, easy drinking bourbon that put Maker’s Mark on the map. Maker’s still seals every bottle by hand dipping it in wax just like Margie did all those years ago. The barrels are also hand rotated and are aged to taste, not time. Aromas of vanilla, caramel, wood, and wheat open to sweet, smooth taste. The finish is pleasant and lingers.

This is the pure form of the original. Bottled at cask strength and non-chill filtered, this bourbon presents stronger notes of oak, vanilla and spice. On the nose you’ll also find some smokey charcoal with richer and more robust flavors than the original.

This bourbon was Maker’s first experiments in their wood finishing series. The process was all about finding the right wood and how to treat it.  Using French Oak, one can taste strong baking spice, caramel and vanilla notes followed by mild sweetness on the pleasantly long finish.

Next in line in their wood finishing series is the Private Selection which adds ten custom staves (a block of wood from the original barrel that is added to the aging process to change or add flavor to the whiskey) to each barrel before it is aged in a limestone cellar. There are 1,001 possible stave combinations so the flavors, while remaining undoubtedly Maker’s Mark, vary from barrel to barrel. It rests from 5.75 to 7 years and ranges from 108-114 proof. You can find the Private Selection at the distillery or select bottle shops.

The fourth limited release displays rich, oaky characteristics with a big mouthfeel and woody notes with enough spice to balance the silky texture. Since this is a limited edition it’s a bit more difficult to find so you might have to press your local liquor store.

Also a limited release, maker’s 101 is well, as you probably guessed, 101 proof. It’s everything we love about Maker’s Mark but intensified. Starting with notes of dark, bold spice, the palate is mellow and creamy finishing with fruit and caramel.

These all sound delicious right? They can all be enjoyed neat or on the rocks or even with a splash of water. If you’re not the straight bourbon type, Maker’s Mark is an excellent choice for cocktails. We recommend sipping the higher end ones straight and using the others for cocktails. Of course you can’t go wrong with a simple bourbon and coke but if you’re looking to spice up your mixology skills, here are a few of our favorite cocktail recipes using Maker’s Mark. 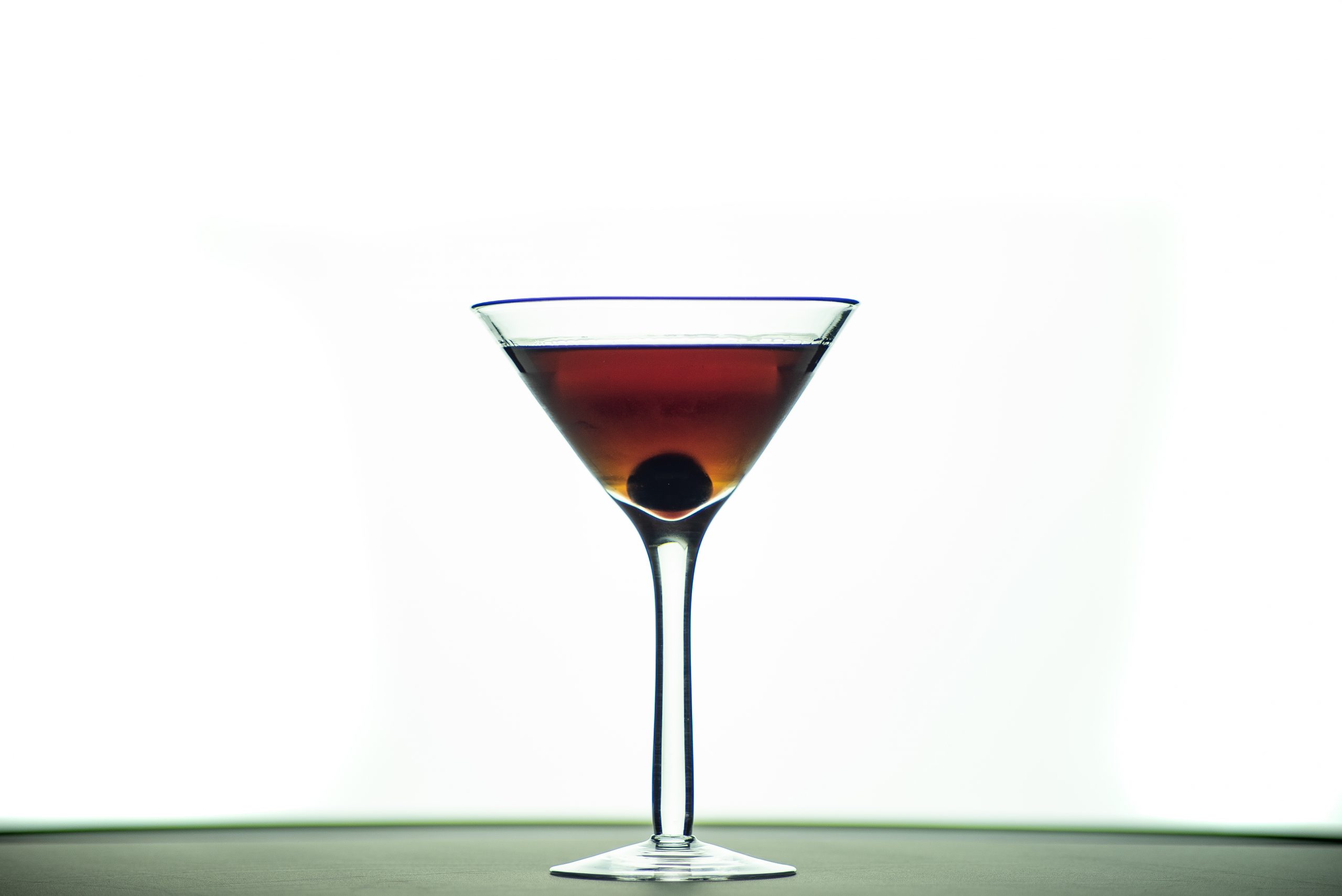 Combine all ingredients in mixing glass with ice. Stir and strain into cocktail glass. Garnish with brandied cherry. 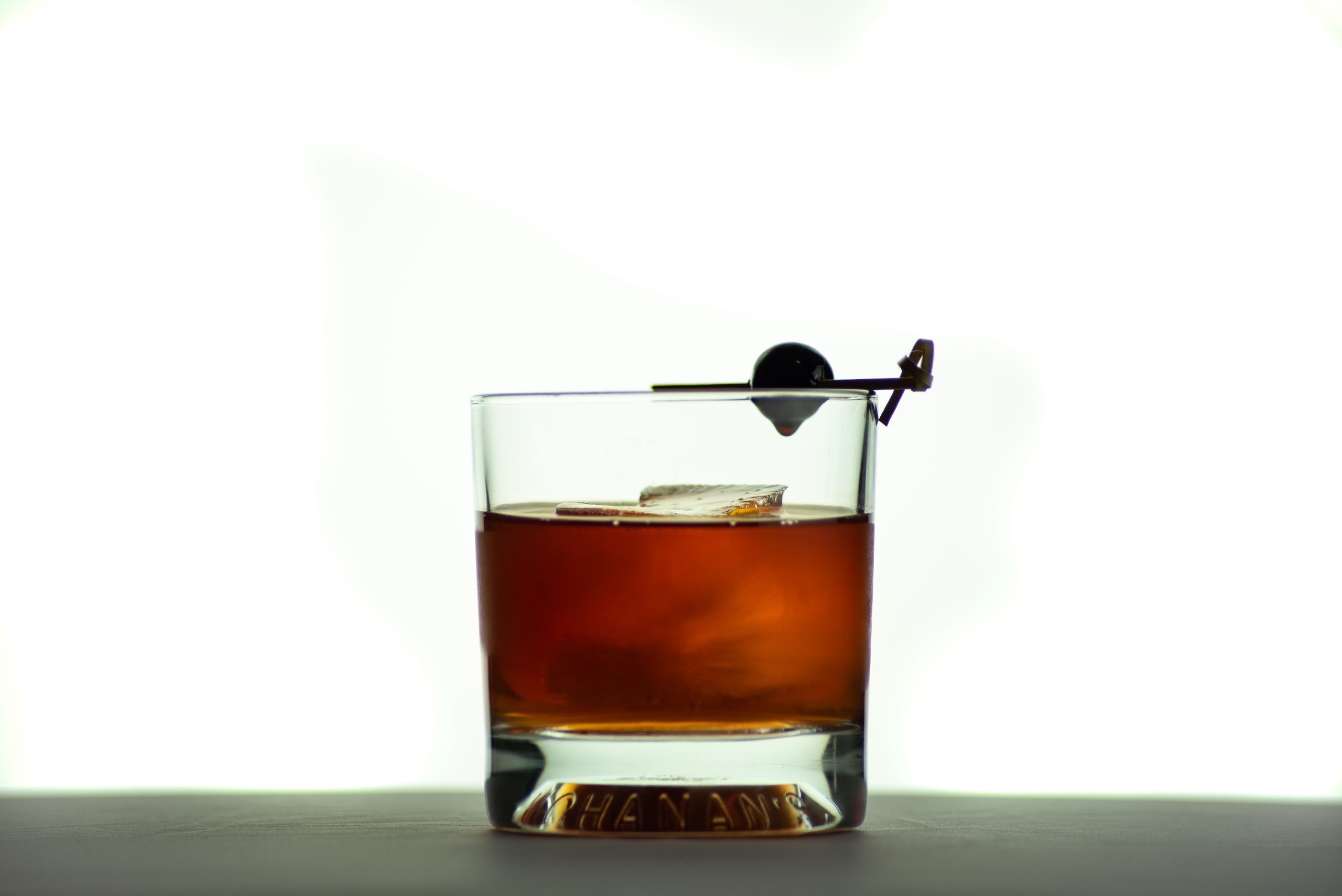 Combine all ingredients in mixing glass with ice. Stir and strain into rocks glass over large ice cube. Garnish with brandied cherry and expressed orange peel.