Content Navigation
A Quick Tequila Tutorial
Tequila: What is It?
Tequila: Where Does it Come From?
What About the Worm?
The Color Wheel
Primary Factors Driving the Cost of Tequila
The Blue Agave Problem
The Agave Harvesting Process
Tequila is the Cognac of Mezcals
Comparing Brands and Their Pricing
Tequila Brands
Drinking Tequila
In Conclusion

Gone are the days of the fearsome tequila bottle with the worm in the bottom, waiting to burn the throats and souls of those daring to drink it. Tequila has become one of the more popular spirits, being seen in shot glasses and margarita machines across the globe.

The popularity of tequila is moderately surprising, given its extremely limited ingredient availability and smaller production volumes. Let’s examine tequila and the factors that drive its cost.

Tequila: What is It? Tequila the fermented and distilled product of the Weber blue agave plant, specifically. The agave plant, a succulent which looks similar to an aloe vera, produces a bulb at its core, called a piña. The piña is harvested, baked then juiced before fermentation.

This juice is distilled twice, as required by Mexican law. After its second distillation, the product is officially tequila.

It is important to note that not all tequila is 100% blue agave. In cases where it is not, it is considered mixto (these still must contain at least 51% blue agave as the fermented ingredient).

Tequila: Where Does it Come From?

Tequila owes its name to the area it originated: a city called Tequila. The volcanic, red clay that is found in the region provide the perfect conditions for growing the premium blue agave.

Mexican law indicates that tequila is only made from blue agave grown in the state of Jalisco, Mexico and certain other locales in various states throughout Mexico. Jalisco features an area called, Los Altos, which is a highlands area. Tequila taste can be impacted depending on which region the blue agave come from - some sweeter than others.

You may notice that there are a couple of tequila products on our list from outside of Mexico. The Tequila Rose is a blended tequila product, that utilizes tequila made in Mexico (as all are). Number Juan is a tequila distilled in Mexico that undergoes some parts of the aging process in the US. Rest assured, anything called tequila has at least 51% blue agave and is distilled in Mexico.

What About the Worm? Remember the worm we talked about in the opening section? As it turns out, worms have nothing to do with tequila. The “worm” in the bottle trick is often used by mezcal producers as a gimmick of sorts to draw attention to their product. In fact, the law says that tequila may not contain a worm or scorpion.

If a bottle is con gusano (with worm), then it is likely a mezcal and not a very good one at that. The worm is actually the larva of a moth that infests agave plants. An infested plant is the sign of a bad agave product. Proceed with caution.

Tequila is presents a variety of colors, from crystal clear to an almost brown amber coloring. These colors hint at how long the tequila ages before bottling. Tequila that ages spends time in wooden barrels, which lend their color.  There are four main aging categories of tequila, each providing valuable information:

There are also gold tequilas, which are either tequilas with coloring or grain alcohol added. In the case of “higher end” gold tequilas, they may be a blend of silver and reposado tequilas.

Tequila is a member of the larger family of spirits - mezcal. Mezcal is produced from any agave plant, however, tequila has a strict ingredient requirement: it must be made from blue agave. Obviously, this limits the availability of ingredients, which in turn drives the cost.

The limited availability of blue agave combined with an increasing demand for the popular spirit has created a significant supply issue for tequila producers.This lack of supply has allowed the increase in cost of the plant, to the tune of six times what is cost just a couple of years ago. As you can imagine, this cost is passed on to the consumer down the line.

In addition to increasingly limited supply, harvesting and preparing agave is still a very manual process. Many spirits have seen a mechanization and automation of this part of the process, with the advent of modern farming methods. Tequila making, specifically harvesting blue agave, continues to be a human-driven task.

The process of harvesting agave is still passed down generationally, rather than via a manual or online training modules. Tending to agave is arduous, as the plants require constant monitoring and pruning (trimming, really). Only those who work the agave fields (known as jimadores) know when it is ready to be harvested, as there are no obvious indicators for those lacking experience.

Harvesting agave is not as simple as observing that a plant “looks mature” and ready to be turned into a fermented product called wort. The jimadores are experts, with vast experience, in knowing when the agave plant has just enough carbohydrates and just enough sugar to ferment properly.

As you can imagine, with so much experience and manual labor required, a product like agave can be quite expensive. Thus, the labor intensive and specialized harvesting process alone can drive the cost of tequila.

Tequila is the Cognac of Mezcals

Wait, what? Yes, it is true. Think about it. Cognac is a form of brandy that has such restrictive requirements that it makes it a superior product that happens to cost significantly more than other brandies.

Tequila follows the same trajectory. It is a mezcal but must be made from a specific, rare plant and in a small region. There are very few “budget” offerings of tequila, as you can see in our chart below, because of these legal restrictions on what is considered tequila.

While images of tequila often depict a spirit that people consume in hot, sweaty desert locations or as a simple additive to the sugary margarita, it is actually quite a premium spirit. Many brands, like Patron, have focused their marketing on raising the level of perceived quality of tequila.

Comparing Brands and Their Pricing So why is a Patron considered a Premium tequila by our standards, while a popular brand like 1800 comes out as a Standard offering? Let’s compare some of the brands on our list and look at what might make one more expensive than another.

Patron tequila is often seen in night clubs and is considered an ultra premium brand in the marketplace. Easily identified by its uniquely designed bottle, Patron is one of the higher priced tequilas available on the shelf.

One major reason Patron is seen as a premium brand, and is more expensive, is because of their unique agave handling process. Rather than simply using agave grown on their property, Patron selects from an array of blue agave producers around the region. This ensures that only the “perfect” blue agave make it into their tequila.

Most would argue that Patron is worth the price as this is one of those tequilas that can be enjoyed sans salt and lime wedge.

On another note, Patron is incredibly environmentally conscious for a major tequila producer. They compost all the agave hearts after use and utilize natural gas to reduce carbon emissions.

Don Julio joins Patron as a Premium tequila on our list. It is also considered a super premium brand by the market, as well.

The exacting standards set forth by Don Julio himself likely have something to do with the quality and subsequent cost of the tequila. Created in 1942 by a then 17-year old Don Julio, the tequila maker revolutionized methods used to ensure high quality blue agave growth.

Another aspect that makes Don Julio tequila a premium and unique tequila is the aging process used for the reposado and anejo variations. The reposado spends many months in a Kentucky bourbon barrel, obviously gaining some of the character from the wood. From there, the anejo spends a year and a half in those reposado barrels - taking hints of both the Kentucky bourbon and reposado into its flavor profiles.

Jose Cuervo falls into the Standard category by price point, however, that does not mean it is significantly less quality. It has long been one of, if not the best selling tequilas world wide.

Cuervo offers a variety of options, from plain old Silver to a well aged Reserva de la Familia and even pre-mixed margarita options. Depending on the age and percentage of agave (100% agave offerings are more expensive to make), Jose Cuervo tequilas range in pricing.

Speaking of Jose Cuervo, 1800 tequila is owned by the same family that owns the Jose Cuervo brand. 1800 was created to serve as a more premium, sip-worthy tequila. While some consider it a higher quality than the basic Jose Cuervo offerings, it still falls into the same Standard ranking as its older sibling.

All of the offerings from 1800 are crafted using 100% blue agave, another departure from the Jose Cuervo line. 1800 has spent a significant amount of time marketing itself as an affordable, yet premium, option for tequila drinkers.

Hornitos finds itself in the Budget price point on our list, however, claims to use only 100% blue agave in its varieties. Created by Don Franco, known for his spread of tequila around the world, Hornitos offers several options from Silver to its well awarded Black label.

Hornitos uses a unique aging process for its Reposado, resting the tequila in 10,000-gallon oak barrels called “pipones”. According to Hornitos, this creates a mature character while not impacting the overall agave flavor.

As you can see, even though each brand has a reasoning behind their price point, there are drinkable options available from budget to premium. Like most spirits, the higher the quality, the more likely you would be to drink it “straight”. There are several ways that tequila is enjoyed. 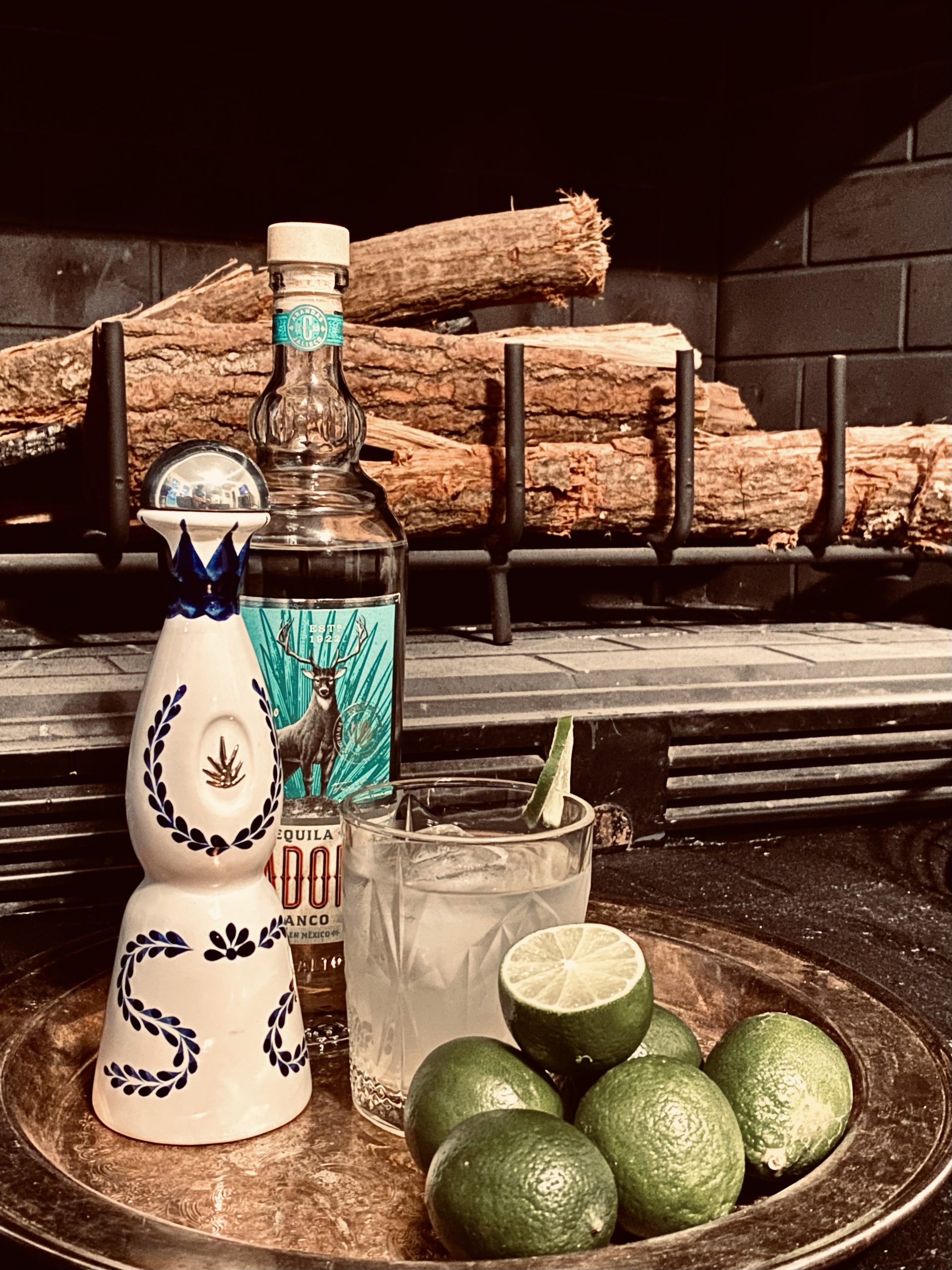 Tequila is a higher end product than its reputation would imply. Those old scenes of people drinking what we now know is mezcal has given tequila a bit of a lower class name.

As we have learned, tequila is a very unique product that has good reasoning driving often higher price points. Being made from an increasingly rare product like blue agave and a delicate, complicated harvesting process make tequila a hidden gem of sorts.

There are many tequilas out there beyond what you know from drinking margaritas on a sunny beach somewhere. Here, we have seen that tequila really can be the Cognac of Mezcals.