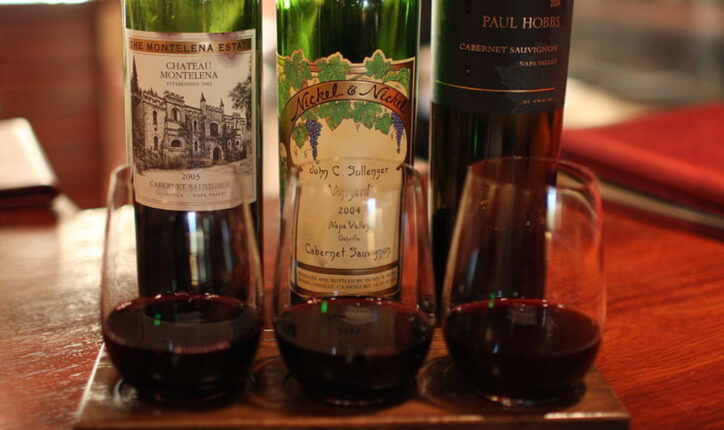 If you see a hillside adorned by grapevines, there is a strong likelihood you are looking at Cabernet Sauvignon grapes. As one of the world’s most popular grapes to grow and produce wine from, there is no shortage of Cab Sauv sightings.

Most attribute this popularity to the presence of the grape in the popular wines of Bordeaux. Cabernet Sauvignon took a backseat to Merlot for a brief time but regained its crown as the most popular grape in the world quite quickly.

As with most wine grapes, the history of Cabernet Sauvignon is a bit convoluted. However, science has stepped in and declared the grape a (seemingly obvious) cross between Cabernet Franc and Sauvignon Blanc.

Cab Sauv is grown in virtually every grape producing region in the world. While clearly popular, great expertise is required to ensure a high-quality grape is produced. Cabernet Sauvignon will grow virtually anywhere but its needs are highly different depending on the climate of the region.

Cab Sauv can be found standing on its own as a varietal and blended with a variety of different grapes. The high volume of offerings can lead to some drastic swings in pricing.

So what makes one Cabernet Sauvignon so much more costly than another? Can a “cheap” bottle possibly be good? Find answers to these questions and more below.

There are many factors that can impact the price and quality of a bottle of Cabernet Sauvignon. Our price list below highlights varietal bottles but it is important to remember that this grape blends well and is found in many different types of wine.

A unique quality (if you can call it that) to Cabernet Sauvignon wines is a hint of green vegetable taste. Many tasters describe certain Cab Sauvs as containing the flavor of green bell pepper or other green vegetables.

This flavor is likely caused by a naturally occurring compound called pyrazines. Winemakers prefer to make wines that appeal to versatile palates, which leads them to attempt to eliminate the influence of pyrazines and keep their wines more towards a fruit flavor than a veggie-oriented one.

Ridding Cabernet Sauvignon of this influence is easier said than done and requires expertise in pruning. The region the grapes are being grown has a lot to do with it as well due to temperature playing a major role in the process.

The real trick is managing to keep the right amount of pyrazines in the wine. A small amount lends important savory notes of peppercorn and sage. These tastes are vital to a well-rounded bottle of wine.

As you can see in the chart below, certain regions stand out as more expensive than others. Aside from a few selections, the Napa Valley in California tends to produce a more expensive wine than some other regions even within the same state. 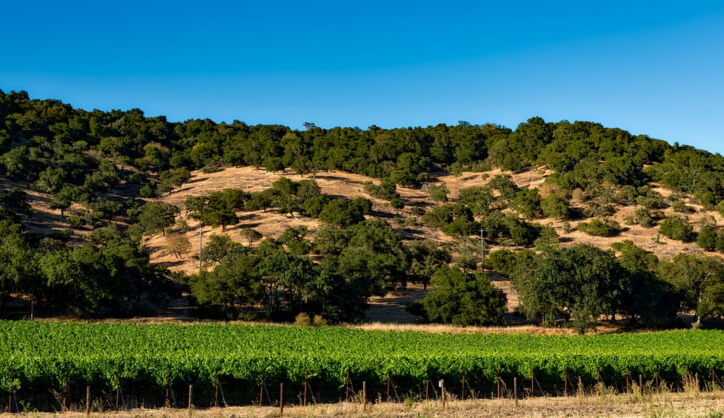 This is seen throughout the world as regions notorious for great wines, like Bordeaux, France, continue to produce high-quality Cabernet Sauvignon and blends. This leads to an understood value that is higher than some lesser known growing regions.

Great Cab Sauv can be had from many regions around the world, not just the old standards. Regions include:

Finding a less expensive Cab Sauv that is still great to drink may be as simple as exploring some regions outside of the “normal” spots like Bordeaux and Napa.

The Influence of Oak

The cost of wine barrels and the products used to make them is seemingly increasing exponentially. Many of these barrels can only be used for a certain period of time, meaning the introduction of wine to oak barrels is an expensive proposition.

Cabernet Sauvignon is known for its affinity to oak. The oak seems to balance the wine as it ages in the barrel. The choice of barrel type, where the oak is from, and the age of the oak all play a major role in the final cost of a bottle of Cab Sauv.

American Oak is known for its strong flavors. French oak is more subtle. Even oak production regions within these larger areas have unique flavors that will be introduced to the wines.

Less expensive wines may avoid oak barreling altogether and use a different type of wood or a process using wood chips rather than wooden barrels.

Can It Be Aged?

Many will pay more for a bottle of wine if it can be kept for a special occasion. This feature is quite important to Cabernet Sauvignon drinkers because many believe that age can mellow what can sometimes be a harsh type of wine.

Higher end bottles of Cab Sauv are produced with the thought that the bottle will be aged. In fact, they are almost undrinkable before a certain amount of time - some up to ten years after bottling.

As a rule of thumb, warmer climates tend to produce Cabernet Sauvignon that should or can be consumed earlier while wine from cooler regions might be better served after a few years on the aging shelf.

The less expensive bottles on the list below are less able to be aged and should be consumed within a year of their purchase.

The Most Expensive Bottle Ever

The not-so-humble Cabernet Sauvignon holds the distinction of being in the most expensive bottle of wine ever. One might assume that it was some ancient bottle of wine from one of the best Bordeaux vineyards. They would be wrong.

A 1992 Cabernet Sauvignon from Screaming Eagle of California went for a cool half-million dollars. It was an imperial-sized bottle (6L vs the standards 750 mL) that was sold at a charity auction in 2000.

As you can see on the wine pricing chart, there are plenty of Cabernet Sauvignon options for any budget. Just remember, not all bottles are at their best right after purchasing them. If you find yourself spending up on a nice bottle, you may have to exercise patience to ensure it is at its top quality!