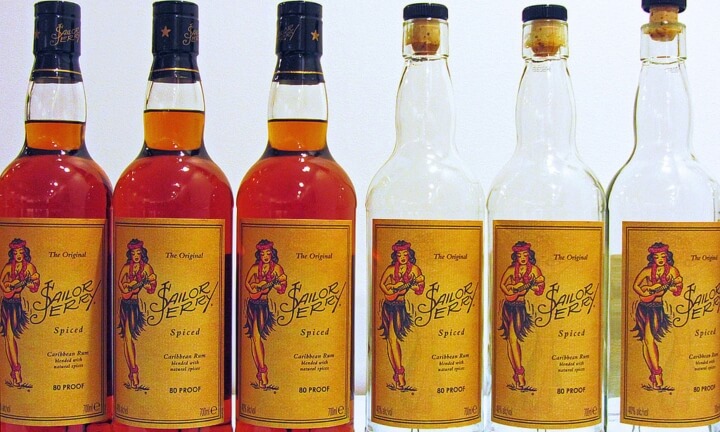 Sailor Jerry Rum was founded by Norman Keith Collins, also affectionately known as Sailor Jerry. Collins was a renowned tattoo artists with a taste for sailor tattoos. He served with the United States Navy when he turned nineteen, travelling all around Southeast Asia -where he picked up many cultural motifs to use in his tattooing career. Sailor Jerry was so influential that he would later have a rum and merchandise chain named after him in his honor.

For those who are looking to familiarize themselves with rum for the first time, it’s important to note that there are three different types of rum available on the market. There’s white rum, dark rum, and spiced rum (which is typically also dark).

White rum is often unaged and recently distilled, while dark rum has been left to soak up the flavor and color of the casks in which they’re stored. The older the rum, the darker the spirit will be. Spiced rum similarly has been left to age for a certain period of time, but has an additional kick to it thanks to added spices.

How Sailor Jerry Rum Is Made

Sailor Jerry rum is distilled and produced in the US Virgin Islands. Having been inspired by many Carribean rums, Sailor Jerry rum has added a combination of spices originating from that region to reproduce that unique flavor. Overseas, especially in the UK, the formula for Sailor Jerry rum has been modified to provide a sweeter taste to appeal to a larger audience.

Price Compared to Other Rum Brands

In terms of price, Bacardi rum and Sailor Jerry rum are very comparable. The only difference between the two brands is that Bacardi offers a wider selection of flavors, whereas Sailor Jerry only produces spiced rum. A 1L bottle of Bacardi Superior averages between $16.99-$19.99 at most stores.

Captain Morgan is another brand of rum that produces and sells spiced rum. When it comes to price, Captain Morgan can be bought for slightly cheaper than Sailor Jerry rum. A 750ml bottle of Captain Morgan’s Original Spiced Rum averages between $12.99-14.99. When comparing the two brands as a whole, it’s important to note that Captain morgan offers a much wider range of products and different flavors of rum, including watermelon, apple, coconut, and even pineapple flavored rum.

Malibu rum prices on average tend to be a little cheaper or on par with Sailor Jerry rum. A 1L bottle of Malibu Coconut rum is usually priced around $19.99-$22.99. Unlike Sailor Jerry, however, Malibu is much more adventurous with their flavors. They offer a wide selection of rums infused with fruits like lime, pineapple, passionfruit, and banana. If you or a friend is trying to introduce themselves to rum, note that flavor is probably going to be a big deciding factor, as there is little variation in price.

Common Recipes: What to Mix with Sailor Jerry Rum 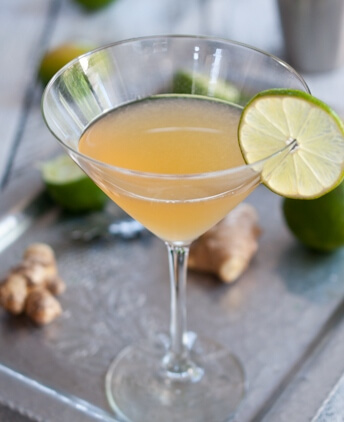 If you’re looking for a classy drink that will leave your tongue tingling and warm, consider trying a ginger daiquiri. Consisting of only three ingredients, you can choose to have this drink chilled or enjoy it at room temperature. To make a ginger daiquiri, first pour all three ingredients into a mixing glass. If you prefer to have your drink cold, you can also ad some ice. Be sure to shake very well to blend the ingredients together. Strain into a cocktail glass and enjoy! 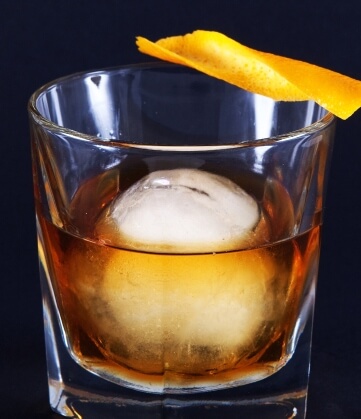 Enter your Simple, elegant, and bound to quench your thirst. The Old Fashioned is a staple cocktail that’s appropriate for all types of events. Whether you’re at a dinner party, enjoying a night at a club, or simply looking for a refreshing drink, this may be a great cocktail for you. In a mixing glass, throw in all of the ingredients and shake very well. Make sure that the sugar cubes are fully dissolved to avoid any clumps. Once mixed, strain the mixture into a glass and garnish with a lemon peel curl.

Cool Down with Rum Punch 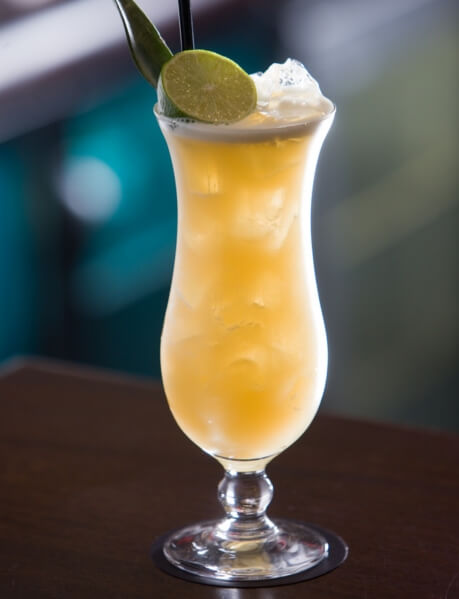 Adding a bit of rum to a punch bowl is the perfect way to add a little more zing into your refreshments. This mix is also a fantastic way to cool down in even the hottest summer days. Simply prepare a bowl of fruit punch as instructed by the label. Add one ounce of Sailor Jerry Spiced Rum, add as much ice as you’d prefer, and throw in several lemon wheels to give the whole bowl a put-together look! Just make sure that any underaged guests don’t confuse the Rum Punch with regular fruit punch!