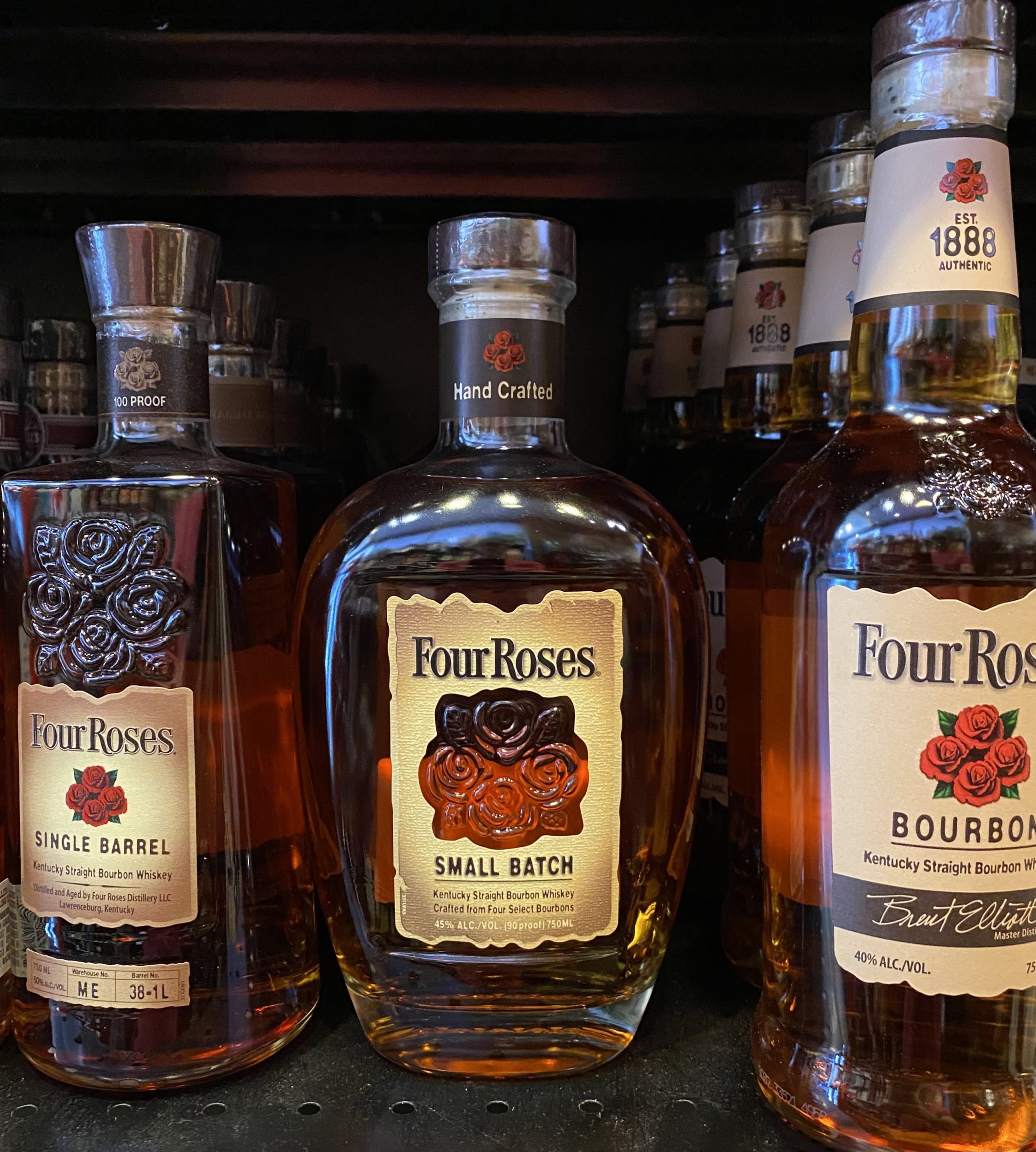 As legend has it, Paul Jones, Jr., the founder of Four Roses Bourbon, fell in love with a beautiful Southern belle and sent her a proposal. She stated that if her answer were “yes” she would wear a corsage of roses to the grand ball. Upon her arrival her gown was adorned with a beautiful corsage of four red roses. Thus the name “Four Roses” was paying homage to the lovely belle.

Paul Jones Jr. began making whiskey in the 1860’s and moved his flourishing business to “Whiskey Row,” a section of Main Street in Louisville, Kentucky, in 1884. In 1922, the Paul Jones Company would purchase the Frankfort Distilling Company which would then be purchased by Seagram 21 years later. Even though at the time, Four Roses was one of the most popular brands of whiskey, Seagram stopped selling Four Roses in the United States and focused on European and Asian markets where sales were rapidly growing.

In 1966, Jim Rutledge joined the company and set out on his mission of returning Four Roses to the US. Jim became one of the world’s most notable Master Distillers and in February 2002 the Kirin Brewery Company, Ltd. purchased the Four Roses Bourbon brand and its production facilities reopening sales across the States. In 2005 Brent Elliott began working and studying under Rutledge. After 10 years it was time for Jim to retire and Brent to hold the title he still has today of Four Roses Master Distiller.

Four Roses Distillery produces three labels that are always available. They include their base or entry level bourbon which is sometimes referred to as “Yellow Label,” a small batch bourbon, and a single barrel bourbon. In select stores and states you can find their Small Batch Select and in an even more niche market you might find some of their Limited Edition Bourbons.

What Makes Four Roses Stand Out?

According to their website, and unique to their distillery, Four Roses combines two mash bills with five proprietary yeast strains to create ten different bourbon recipes. Then they mix and match allowing them to reach endless flavors to please many diverse palates. Let’s take a closer look at each of these beautiful brown libations. 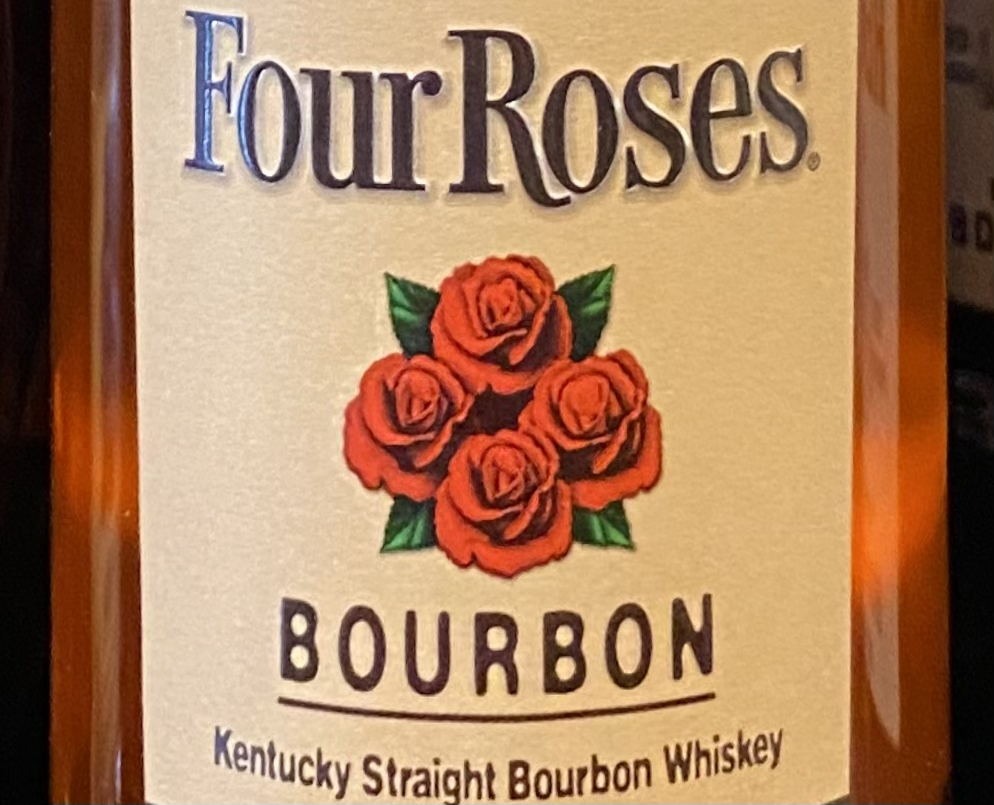 A versatile yet sophisticated smooth, mellow bourbon with a long, soft finish. It is the most popular bourbon in Four Rose’ line up and is great for cocktails. When we tasted it, we got hints of apple and rich browned butter. On the palate, it is easy drinking with notes of vanilla, toasted oak and a touch of pineapple. You’d be hard pressed to find a better bourbon for the price! Widely available and very popular, you’ll see it on the shelves in most bars and liquor stores. 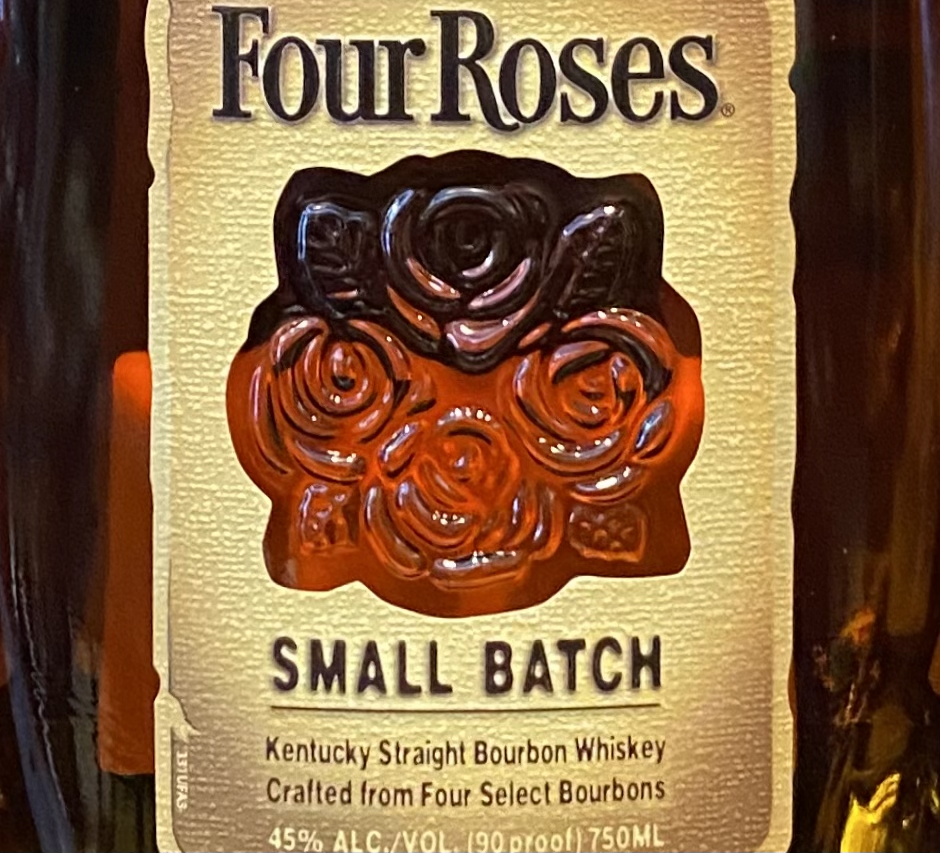 This bourbon is a blend of four original bourbon recipes hand picked by their Master Distiller. It is rich amber in color and there are notes of baking spices and ripe, red raspberries and caramel on the nose. Light oak, vanilla, apricot and berries present themselves on the pleasant, lingering palate. You can find this bottle in many sophisticated watering holes and spirit shops. 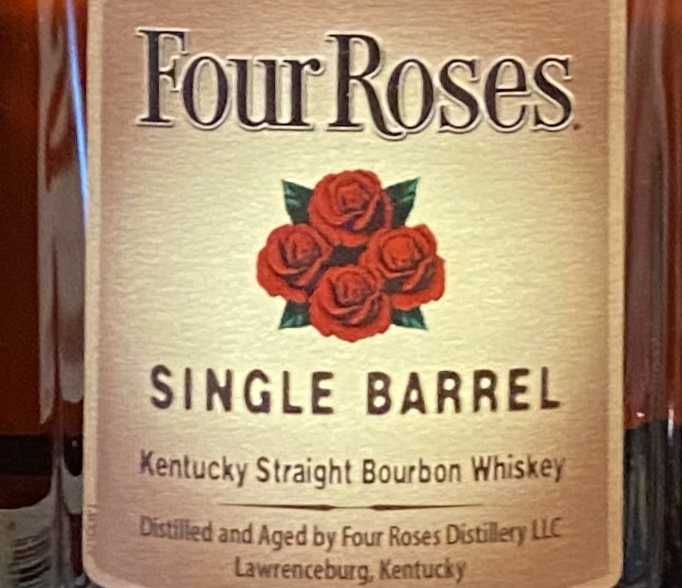 With a high rye mash bill and 50% ABV, this premium, complex, savory, single barrel bourbon is surprisingly smooth. On the nose there is a delicate dried spice note followed by pear, maple syrup, vanilla and a touch of cocoa. The palate displays hints of ripe dark fruit with a rich and full body.

To make this label, Master Distiller Brent Elliott selects and blends six bourbon recipes, each of which are aged six years. The select is non-chill filtered and the newest product in the permanent lineup. On the nose, you’ll find raspberries, clove and nutmeg followed by berries, oak and vanilla on the palate. The finish has a touch of spice and spearmint. Currently available in 30 states, be sure to check with your local watering holes to see if they have it in stock.

Occasionally the Master Distiller will hand select a few remarkable barrels for these special releases. They are all barrel strength and non-chill filtered letting their true characteristics shine.  These are, as the name suggests, these bottles are sparse and so you might have to special order them or befriend your bartender to get the inside scoop on their release dates.

Here’s a run down of the limited editions listed on Four Rose’ website:

The tasting notes of this beauty are delicate and elegant. There are subtle aromas of peach jam, magnolia blossoms and light oak followed by fresh fruit, vanilla and baking spice on the tongue. The finish is long and pleasant with honey and apricot.

Sweet caramel and honeysuckle on the nose give way to flavors of peach, apricot, fig and oak.

Warm aromas of allspice, vanilla bean and stewed fruit are followed by bright raspberry, maraschino cherry and light oak on the palate. The finish is clean but long with notes of brown sugar and cinnamon.

The nose gives warm aromas of vanilla and raspberry crème brûlée with bright apricot, cinnamon, apple, oak and a touch of mint on the palate. The finish is exquisite with notes of cinnamon, fruit and vanilla.

The first bourbon “old enough to drink itself” is 21 years old, and is bottled at 112.6 proof. Aromas of oak, honey, red raspberry and vanilla are followed by baking spice, sweet fruit and oak on the palate. There is a lingering rich and delicate finish.

This non-chill filtered bourbon is bottled at 111.4 proof and is a blend of four recipes ranging in age from 12 to 19 years. The nose displays notes of orange peel, vanilla and honey with apricot, pear and red berry flavors. The finish starts with a strong rye spice and ends with bright fruit.

A blend of four recipes ranging from 12 to 16 years old, this bourbon is bottled at 114.2 proof. Floral aromas followed by ripe berries give way to flavors of plum, orange and spice. The long smooth finish exhibits vanilla cream and dark chocolate.

We know we we're excited to start mixing with this brand and hope you are too! Here’s a few recipes to help inspire you! 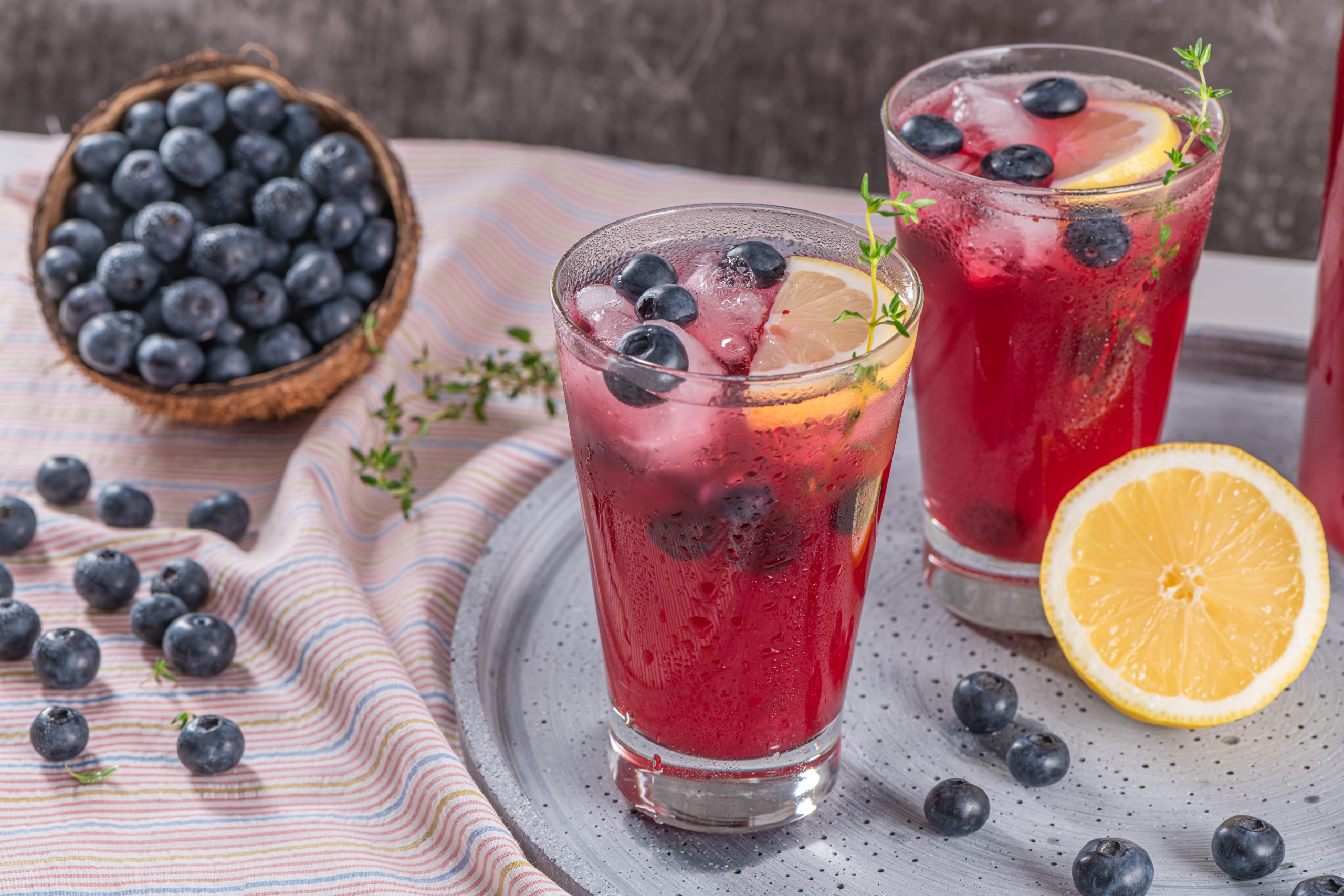 Directions: Combine all ingredients into shaker with ice. Shake and pour into glass. Garnish with fresh blueberries and sprig of thyme.

Directions: Combine blueberries, sugar and water in a saucepan over medium heat. Gently press or mash the blueberries. Let the mixture simmer for 15 min. Remove from heat and add in the thyme. Let sit for 15 more minutes. Strain the mixture and cool.

The Belle of the Ball 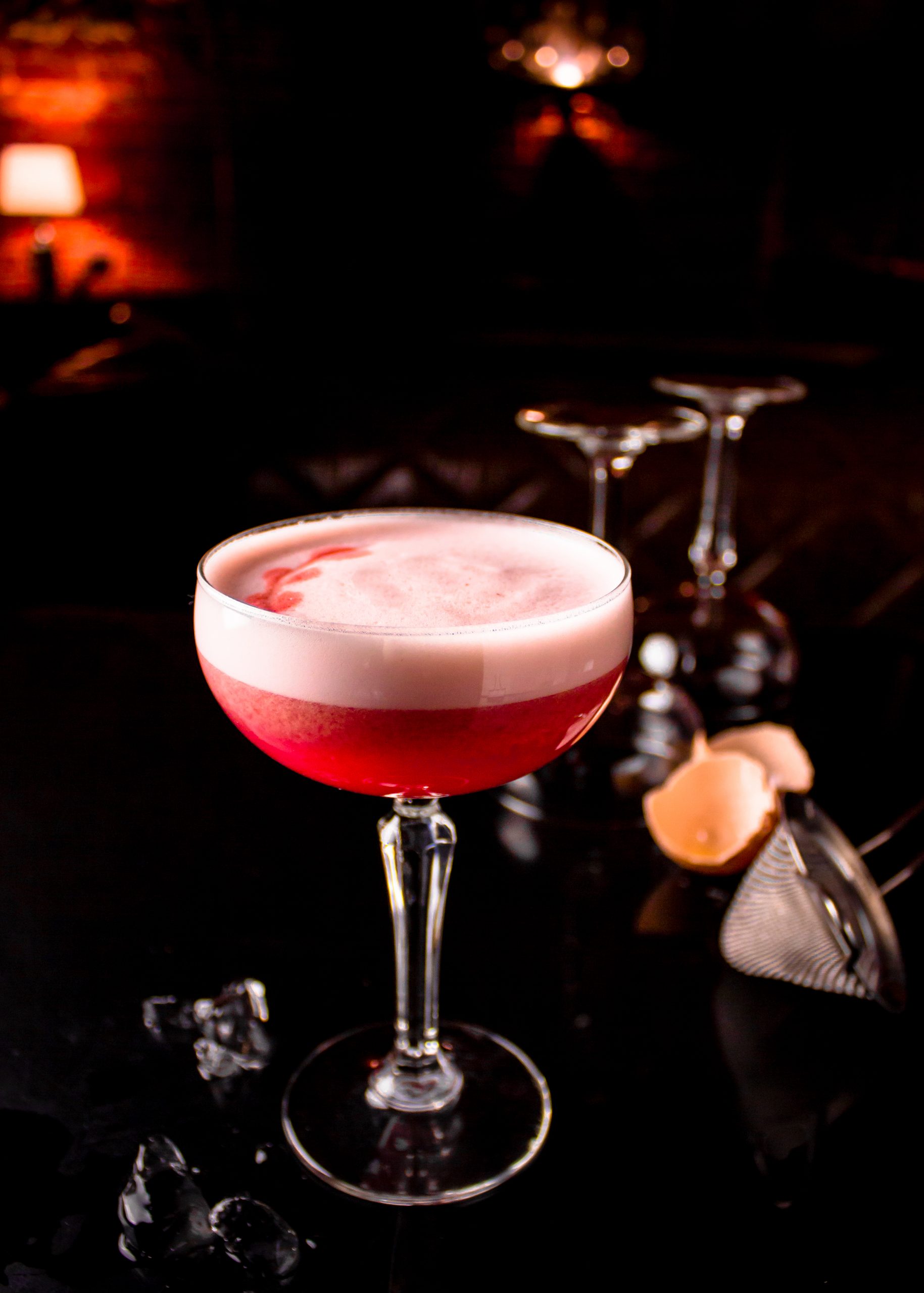 Directions: Combine all ingredients in shaker except bitters and dry shake. Add ice and shake again. Double strain into a coupe and garnish with bitters. 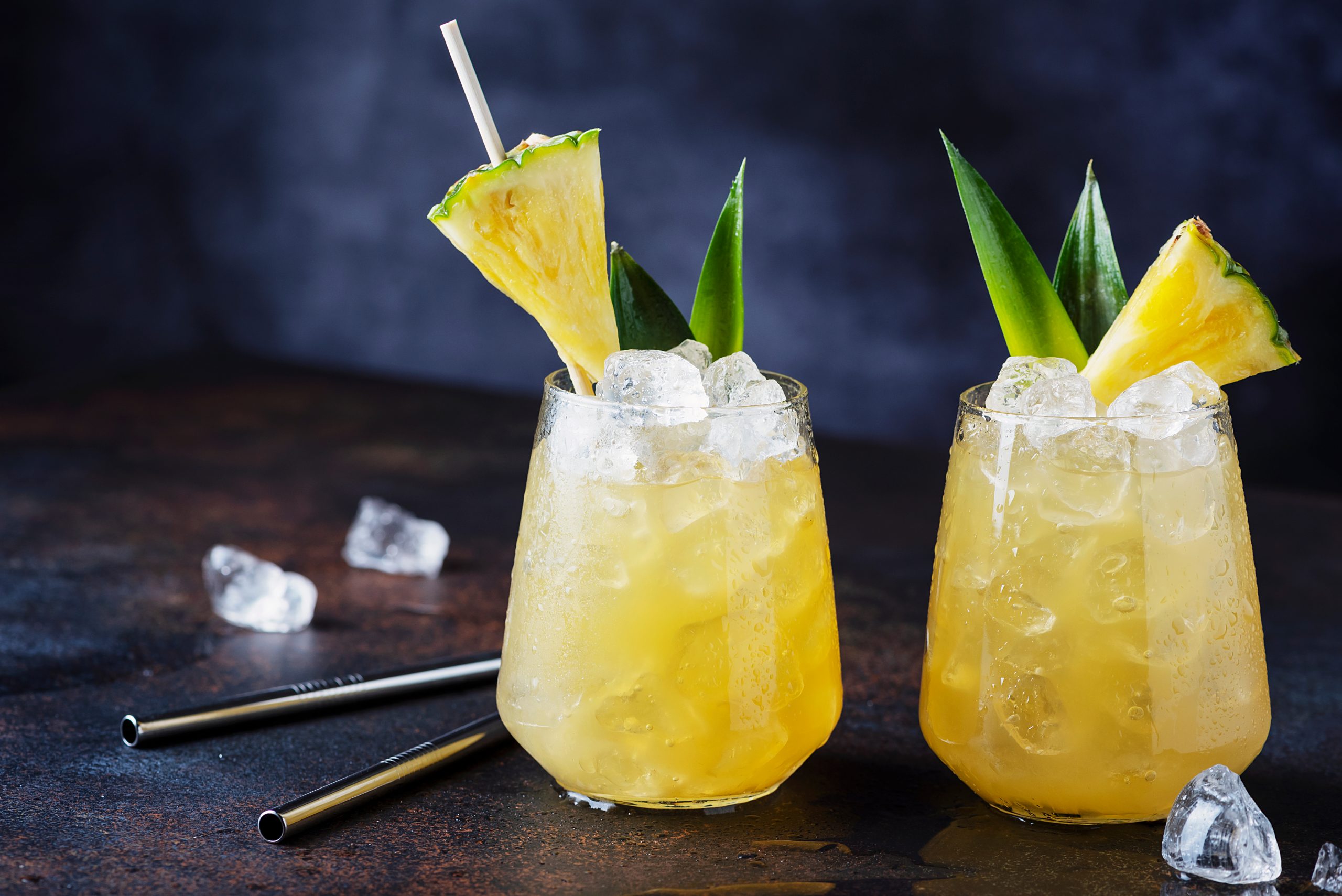 Directions: Combine all ingredients into shaker with ice. Shake and strain into glass. Optional: Garnish with cinnamon and shiso leaf.