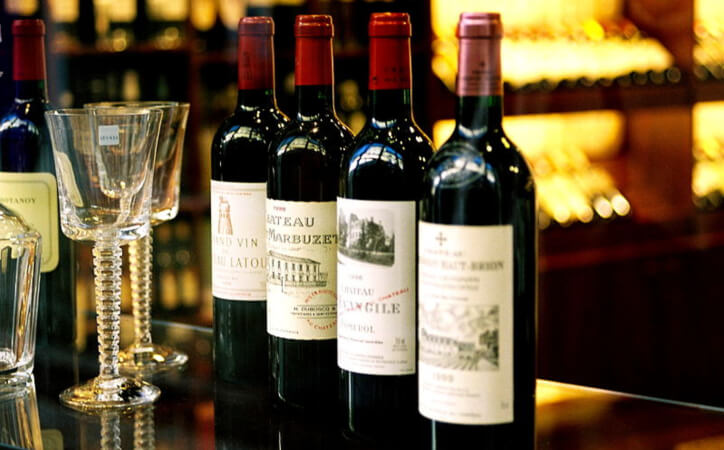 Bordeaux wines are composed of grapes grown in the Bordeaux region of France. Like champagnes, only wines from this area in the Southwest of France can be labeled as Bordeaux.

Bordeaux offers both white and red wine blends but most associate the title with red wines. Red Bordeaux blends are always comprised of Cabernet Sauvignon and Merlot. Differences arise depending on the percentage of each used in the blend and which vineyards the grapes come from.

The region is a perfect environment for growing wine grapes. Bordeaux lays between two rivers and has two distinct regions within itself. Known as the Left Bank and the Right Bank, these two areas provide unique qualities to the wines produced in them.

The sub-regions contrast in a way that a savvy Bordeaux drinker could identify which bank the blend comes from. Each has a set of standard rules that makes it stand out.

In addition to the fine wines produced in the region, Bordeaux can attribute much of its early popularity to accessibility. While other popular wine regions like Burgundy had to ship wines over land, Bordeaux was able to put its wines onto ships for quick transport to other parts of the world.

While Bordeaux is somewhat exclusive based on its regional specificity, it is one of the more diverse wines when it comes to pricing. This wide range is said to be because of the popularity and availability.

As mentioned earlier, Bordeaux was one of the easier wines to obtain when shipping was a far more cumbersome process. This led to its massive popularity and has stood the test of time as Bordeaux wines make up a major part of the overall wine market.

Once upon a time, Bordeaux wines were categorized primarily by price. Ordered by Napoleon ahead of a visit from many global dignitaries, the wines were broken down into five “growths” (known as crus). The breakdown was based on the reputation, price, and therefore quality of the wine at the time.

Many argue that these classifications have become obsolete yet it is often still referenced when discussing the price and quality of certain Bordeaux wines.

The majority of wines are meant to be consumed within about five years of purchase. A rare selection (think: 1% of ALL wines produced in the world) have the ability to be stored in a cellar or wine rack for years and years. Many of these rare storable selections come from the Left Bank of Bordeaux.

The price of vineyard land in Bordeaux fluctuates wildly dependant on the specific area within the region. To put it simply, vineyards closer to the water are valued higher than those farther away.

Some say this is because of the more valuable terroir ground the grapes are grown in. Areas nearest the water tend to drain better and produce better wine grapes than those inland. These prized pieces of land are one of the prominent drivers of the cost difference between Bordeaux wines. 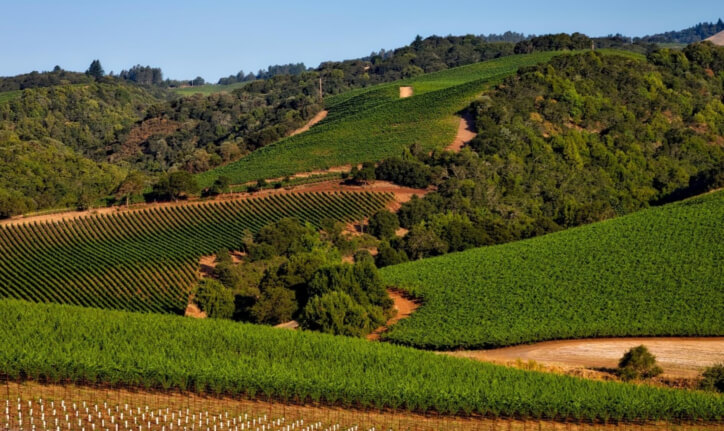 As an example, some pieces of property in the Bordeaux region are valued at $18,000 per hectare while others cost well over $2,000,000 (yes, million) for the same amount of space.

In the chart below, you can guess which subregions are more valuable simply by associating the price of the wine. Erego, land is certainly more expensive in the Pomerol region than Medoc, where the more generic (but arguably most popular) Mouton Cadet originates.

The higher priced Bordeaux wines did not suddenly become expensive overnight. Throughout its history, Bordeaux has gone through periods of extremely exclusive collection by only the noblest of families in Europe. This led to the practice of storing these wines for special occasions and building value.

From this background came the development of producing small batches of wines made for collection and rare consumption. These select productions combined with very specific grape vines that have been around for many decades lead to the exclusive and expensive bottles of Bordeaux.

Alternately, inexpensive yet well regarded Bordeaux options exist. As you can see, a $13 bottle can be enjoyed for its blend even if it is mass produced in comparison to more select options.

Seemingly anything expensive will have fraudulent copycats come along. No wine is better regarded around the world than the Petrus 1961. While very, very expensive it is considered one of the best wines ever produced.

With that said, more reported tastings of the Petrus 1961 have occurred than is possible. This would lead us to believe that there are many imposters out there posing to be the wine worth over $10,000. Even the most well-known wine tasters and collectors have been fooled by counterfeit bottles. A word to the wise - be sure you are getting what you pay for!