Redd’s Apple Ale has received its fair share of the limelight through TV commercials and Super Bowls. It has a beautiful, moderately deep gold color close to a shade of caramel. It’s not your typical ale because Red Apple Ale has a gentle fizz and pours without any head.

The hint of apple in Redd’s becomes more evident when poured into a glass. It’s only lightly bitter with a green and crisp apple taste and a bit of malt undertone.

Here is a few facts about Redd’s Apple Ale to help you get to know the drink better.

Yes. Redd’s ales come in different exciting flavors, so you can choose which one you want. Prices listed below are on average.

Redd’s Apple Ale – The original and the all-time favorite. The refreshing taste of beer plus that crisp apple taste. How can you go wrong with that? The flavor that started it all is still going strong.

Redd’s Peach Ale – Imagine that fresh taste of peach in a crisp beer. And don’t forget the apple. That’s Redd’s Peach Ale. It’s like planting a pint of beer in a peach orchard and reaping the rewards after a long wait. Well, you get the idea.

Redd’s Strawberry Ale – Reed’s Apple Ale was already delicious, and adding a twist of strawberry seems to be overkill and unfair. But it is what it is, and other beers only have time to frown over it.

Redd’s Blueberry Ale – Apple and blueberry are already a couple of great things, and it’s definitely glorious when combined with that beery flavor. Some good things never last, as the adage goes. But this one does.

We all want to have fun sometimes. Luckily, Redd’s got that covered with their Wicked series which is a collection of flavored beers with a higher alcohol content (8%) than the regular ones.

Redd’s Wicked Blackberry – Enjoy the bold taste of black cherry with a light and crisp finish.

Redd’s Wicked Lemonade – The classic flavor is given a refreshingly bold treatment. 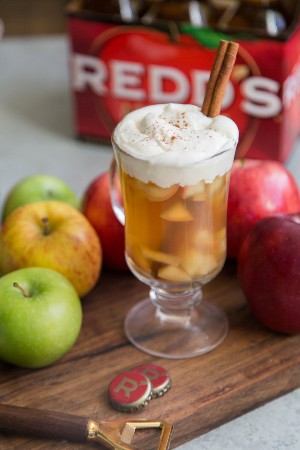 As temperatures drop down during the cold seasons, we all want that warm beverage and companionship of loved ones. This recipe has at least half of that covered. 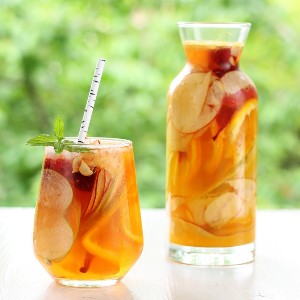 If you like hard cider, you should make this one ASAP because the combination of wine and cider make this drink incredibly refreshing.