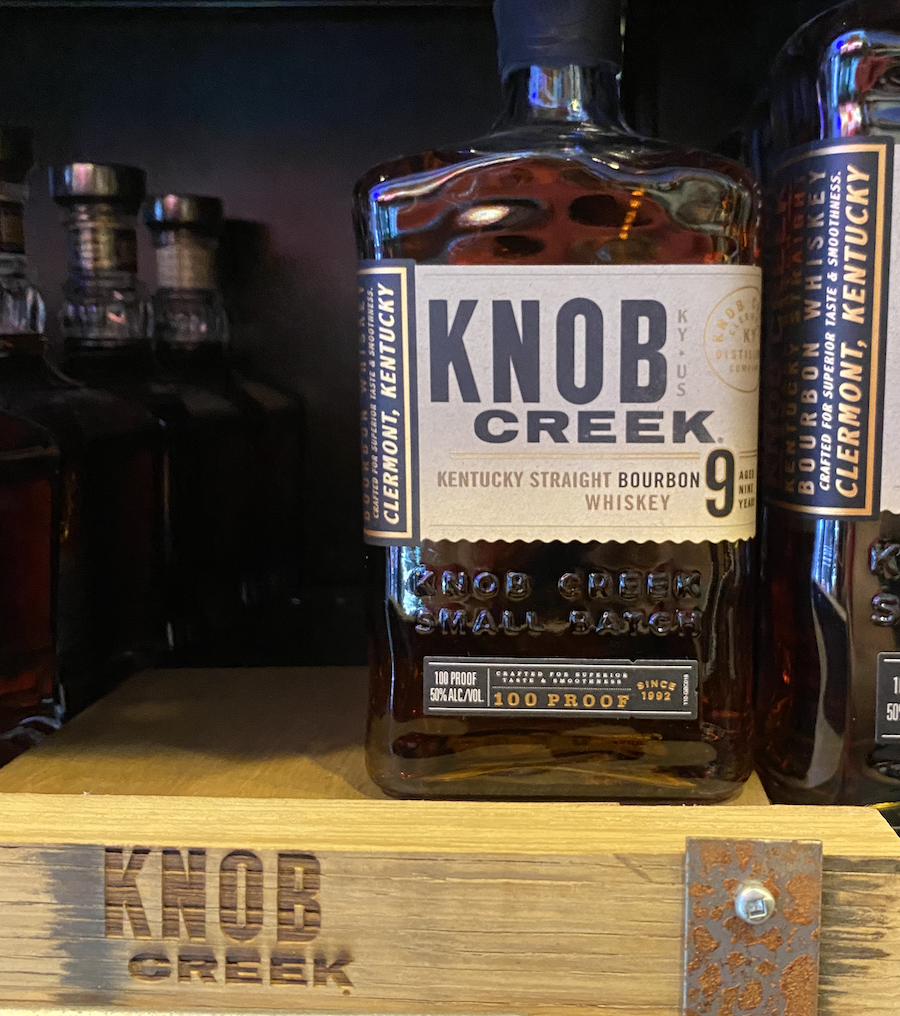 The company Beam Suntory produces Knob Creek Kentucky Straight Bourbon at the Jim Beam distillery in Clairmont, Kentucky. The bourbon is popular in local watering holes around the world. There are currently five varieties available today and the brand has won numerous accolades from spirit rating organizations across the US.

Knob Creek gets its name from a nearby farm. The whiskey makes its debut in 1992 and targets the high-end market.

In 2009 there was a shortage. Rather than compromise the aging and quality of the bourbon, production stops and the company . embraces the dry spell. The distillery even began marketing it their scarcity by sending empty bottles to journalists and running ads that would read “Thanks for Nothing”. In 2016, they removed the age statement from the bottle stating they would be blending younger as well as older whiskeys. In 2019, they released a statement that they would be returning the age to the bottles in the following year.

Knob Creek comes from generations of distillers. Knob Creek is produced under Master Distiller, Fred Noe who is the son of Knob Creek founder, Booker Noe. And, Booker is the the Grandson of Jim Beam!

Knob Creek also has siblings! Basil Hayden’s, Booker’s and Baker’s are all distilled at the Jim Beam distillery. All four are small batch bourbons targeting the high-end market. Knob Creek actually shares a similar formula to Basil Hayden’s only differing in aging and packaging.

Knob Creek has released five different labels, four of which are readily available today. Their original bourbon is aged 9 years and is 100 proof. They also make a rye which is great for cocktails. Their Single Barrel Reserve is a big, 120 proof, single barrel bourbon. In 2013 the distillery released their first flavored bourbon. Knob Creek Smoked Maple Bourbon is their lowest in ABV (which is 45% or 90 proof, still stronger than many whiskeys on the market today).

In 2016 they released their one-time 2001 Limited Edition which was made from barrels stored by Booker and finished by Fred. At the time they retailed for roughly $130. There were four different batches that were all bottled at 100 proof and aged 14 years. The release signified the passing of the torch from Booker to his son. Today you might be able to score a bottle online anywhere from $170 to over $300.

This full flavored, pre-prohibition style bourbon ages in white oak for 9 years resulting in a copper colored bourbon with hints of vanilla and caramel. It is rich and smooth especially for being 100 proof. There is an equal balance between woody and fruity flavors.

In 2016, this rye was named the World’s Best Rye by the judges in the World Spirits Competition. With its high corn mash, this rye is perfect for bourbon drinkers looking to step foot lightly into the rye world. On the nose there are notes of herbs, rye and oak. On the palate you’ll find a touch of spice followed by oaky vanilla tones.

The quintessential sweetness of Knob Creek to shine through the smokey and maple flavors of this rich, earthy bourbon. It is not overly sweet like so many bourbons on the market today.

The reserve are handpicked single barrel bourbons that are nine years old. The color is a deep, dark amber. On the nose you’ll find strong vanilla and caramel with nice smokey notes. On the palate there are complex flavors of nutty vanilla and oak. The finish is long and smooth.

These are store-specific offerings which are chosen by a particular retailer through their Single Barrel Program. The flavors vary depending on the barrels. Check with your local liquor store to see if they carry these!

Aged 12 years, this incredibly smooth bourbon has notes of buttery cake and caramel on the nose followed by cinnamon, caramel and vanilla on the palate.

Knob Creek is great on its own or with a splash of water or an ice cube. However, it also makes great cocktails. If you need some ideas to get you started, these are some of our favorites! Grab a bottle and get mixing! 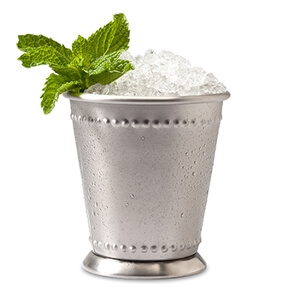 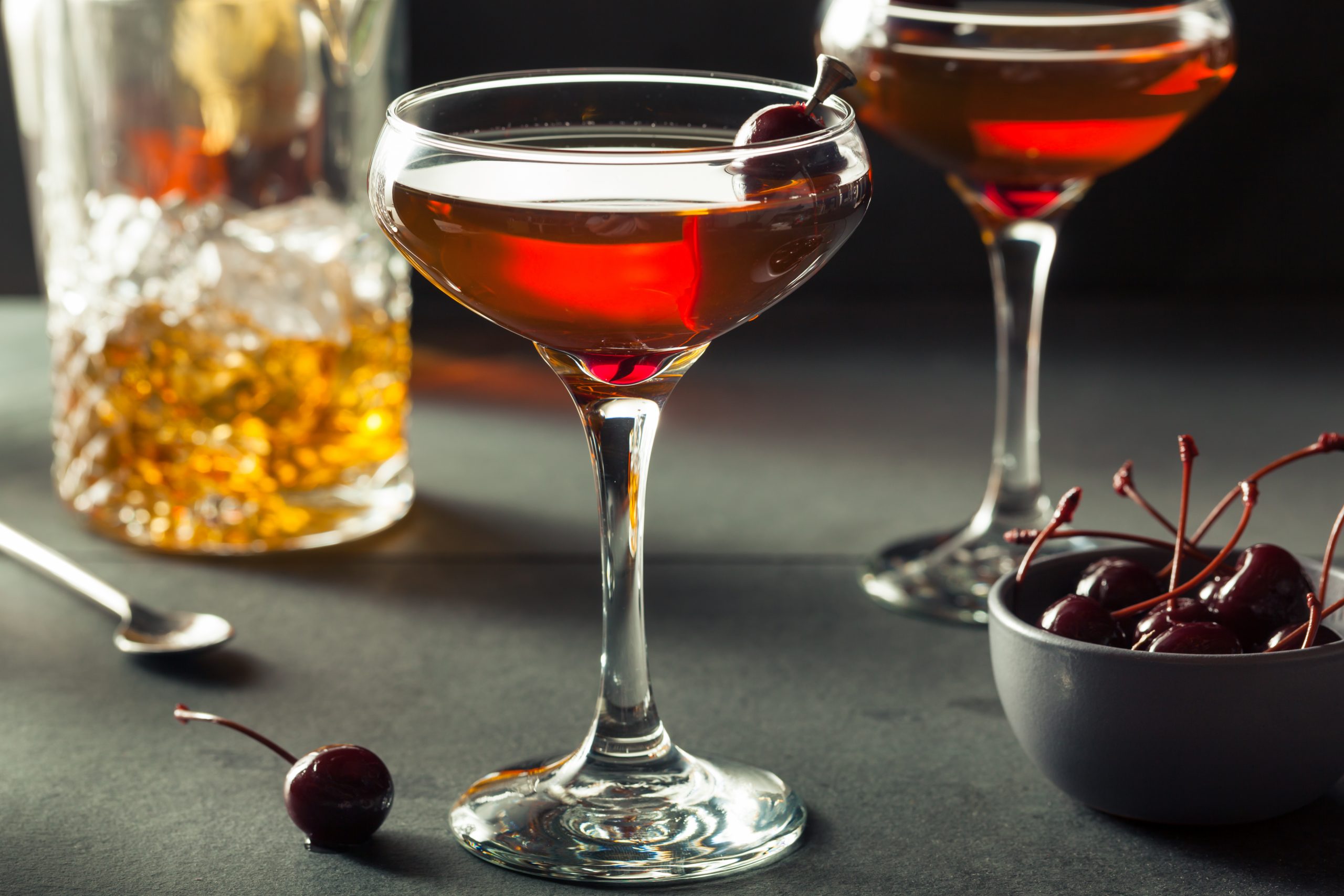 Directions: Combine rye and gin into mixing glass with ice. Stir and strain into cocktail glass and garnish with maraschino cherry.