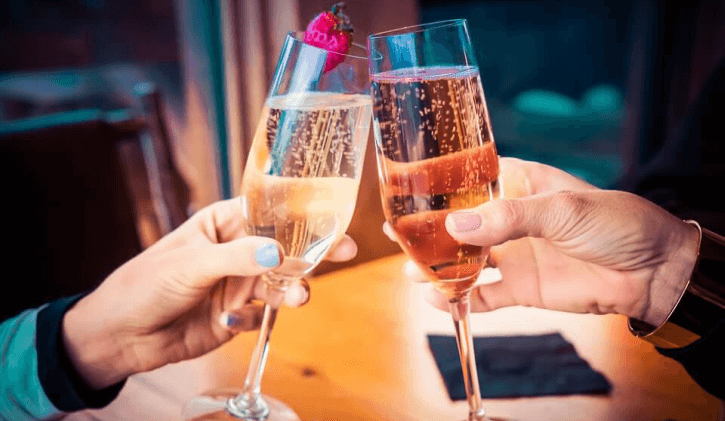 What are Americans Drinking this New Year’s Eve?

It’s no surprise that New Year’s Eve is the biggest day of the year for alcohol stores. On December 31st alone purveyors saw an increase in sales of almost 160% nationwide. But what exactly are Americans drinking on this big night?  As you may have guessed, Champagne takes the cake for highest sales. Across the US 360 million glasses of delicious bubbles (Champagne and sparkling wine) are consumed on New Year’s Eve. On NYE 2021, Champagne accounted for 17.4% of total alcohol sales. And also this year, sparkling rosé makes its first appearance on the top ten list knocking light beer off. Coming in second we see red wine followed by vodka, white wine, bourbon, Prosecco, blanco tequila, sparkling rosé, scotch and lastly, hard seltzer.

THE MOST POPULAR DRINKING HOLIDAY

It’s also no surprise that New Year’s Eve is the second highest drinking holiday of the year just behind Mardi Gras. Americans on average consume 4.4 drinks (and 4.5 on Mardi Gras). Perhaps it’s because people are more inclined to drink more the day before fasting or making their New Year’s resolutions.

Most Consumed Alcohol Brands on NYE

So we know bubbles are the number one go to for toasting on New Years, but we decided to take a closer look at the different categories.

Whether you’re purchasing for self-indulgence or for gifting to others, Veuve Clicquot steals the show being America’s favorite brand of bubbles on this big night. Josh Cellars follows right behind. Barefoot, Bota Box, La Marca, Moet & Chandon, Kim Crawford and Oyster Bay were also popular choices.

Most Popular Spirits Consumed on NYE

As for spirits according to Drizzly, Tito’s Vodka is not only the most popular on December 31st, but throughout the entire year. Casamigos and Bulleit were next. Interestingly enough, tequila is gaining momentum in the States. With Casamigos coming in second, Don Julio sixth, and Espolòn tenth, it’s safe to say that more and Americans are enjoying tequila as the year comes to an end.  Of course Jameson, Jack Daniel’s, Johnnie Walker and Hennessy held their ground in the top ten. Smirnoff was number nine on the list.

As for beer, Bud Light came in first with Corona, Coors, Miller, Michelob, Stella, Modelo and Lagunitas being close competitors. If we were to add hard seltzer to the list, White Claw would dominate the category with top sales across America.

What Sparkling Wine Should You Drink On NYE?

The answer is simple: you should drink what you like! There’s no right or wrong beverage to be had on this holiday however, if you find yourself looking for ideas or are new to drinking bubbles, do not worry, we’ve got you covered! Read on for a list of our favorites some quick facts about the world of sparkling wine.

What’s the difference between Champagne and sparkling wine?

How is sparkling wine made?

Fermentation is when yeast converts sugar to alcohol. Naturally, Co2 is produced and if this processes happens in a closed container, the Co2 has nowhere to go. This makes the finished product bubbly. Most sparkling wines go through a second fermentation. Let’s take a closer look.

There are two main methods of fermentation. They are traditional and tank. Traditional is also referred to as the Champagne method or Méthode Champenoise. In this process, grapes are picked (slightly earlier to preserve their acidity) and fermented into a dry white wine. Sometimes a blend of wines is uses called a Cuvée. The wine is bottled and then more yeast is added causing a second fermentation. This process adds roughly 1.3% more alcohol. The wine is then left to age for a minimum of 15 months and some as much as 10 years. Because of the process taking so long and the fact that each bottle goes through secondary fermentation separately, these wines tend to be pretty expensive.

Tank method, referred to as bulk method or charmat method is when the second fermentation takes place in a large, sealed, pressurized tank. Since they are made on a large scale and are easy to produce and ready in as little as a few weeks, wines made in this method tend to be very affordable.

3 Types of Champagne to check out: 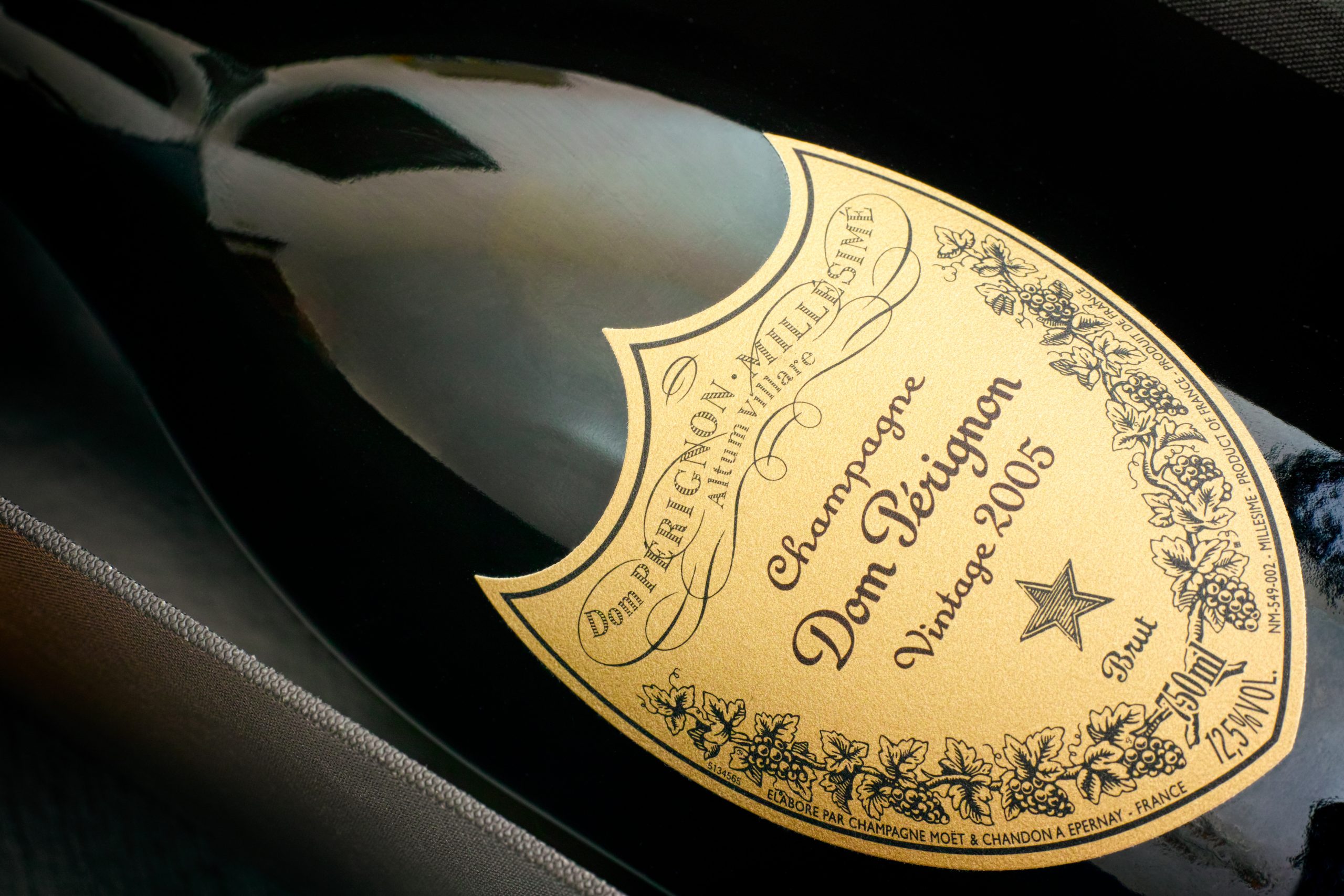 Known as the ‘Father of Champagne’, Dom Perignon was a Benedictine monk in the 17th century who developed many wine making techniques. The label is produced by Moet & Chandon and is known for their high quality wines.

Made from Chardonnay and Pinot Noir. When drank young, you can find smooth, creamy notes with a lot of fruit. When aged it develops complexity and yeasty, earthy aromas. Truly impressive.

Cost: As the cost depends on the vintage (year the wine was produced) and the older the wine is aged, generally the higher the price, you can find a bottle of Dom for anywhere between $145 to hundreds if not thousands of dollars. 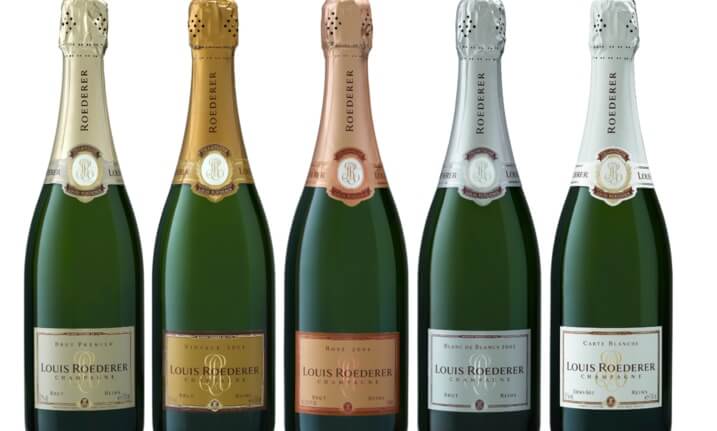 You’ve most likely heard of Cristal, but did you know that Louis Roederer is the producer? Roederer is one of the last remaining independent, family-run Champagne houses in France. 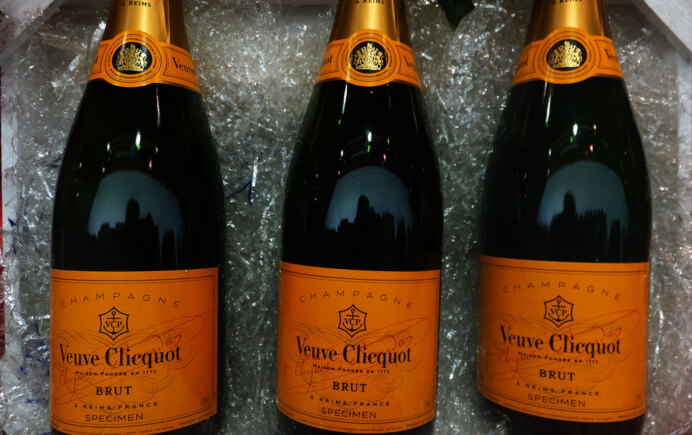 Our third pick comes from one of the largest Champagne houses in the world. Veuve Clicquot was established in 1772 and owes most of its success to the wife of its founder known as ‘Madame Cliquot’. She is credited with creating the first known vintage Champagne and the first rose Champagne. Today they produce a variety of labels, but their most known is their Yellow Label Brut.

Cost: A bottle of their newly released rose will cost you roughly $30 while their well known Yellow Label is $54 with higher end labels and older vintages running into the hundreds.