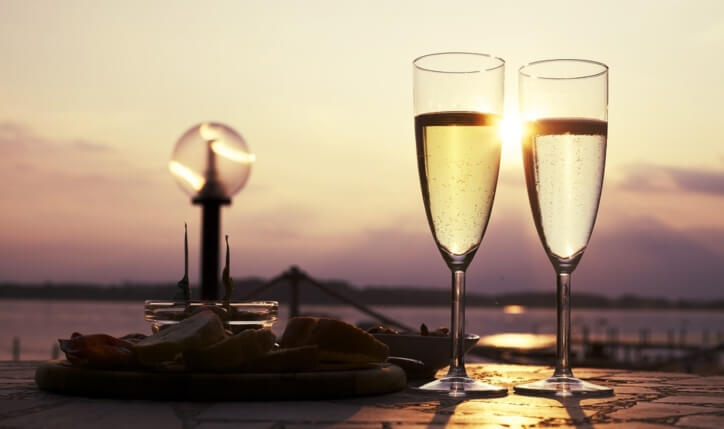 Prosecco is often sought out as an affordable alternative to Champagne. Popularity continues to grow at a rate unsustainable by current vineyard supply and more grapes are being planted to keep up with demand.

It is becoming apparent that Italy’s alternative to the French Champagne is taking a foothold in a place next to rather than the second option to the bubbly wine from France. Prosecco makes its way to shelves and tables from Northeast Italy.

Over 23,000 hectares (56,800 acres) are dedicated to growing the grape that goes into Prosecco. Once called the Prosecco grape, it is now widely known as Glera (more on that below). Italian laws dictate that Prosecco must be made with at least 85% Glera and come from one of three specific areas in the region.

It is important to note where the bottle of Prosecco comes from. As with Champagne, a true Prosecco comes from this Italian region specifically. However, producers around the world “borrow” the term Prosecco and it makes its way onto labels and can lead to confusion.

As you can see on our Wine Prices List, all the Prosecco we have compared are from the proper Italian region called Veneto. There are other bottles labeled Prosecco from outside the area but we will focus on the Italian version in this guide.

Like most wines, Prosecco prices vary depending on a variety of factors. The region the grapes are grown in plays a vital role in the overall quality and the price. The grape itself and the bottling process also impacts the cost of Prosecco versus other sparkling wines, like Champagne.

As with many wine growing countries and regions, Italy’s Prosecco-producing region is restricted to prevent adulteration of the product. Italy defines Prosecco as being grown in the region known as the Denominazione di Origine Controllata.

The EU formally recognizes this region legally as the Prosecco DOC (more on specifics of the sub-regions below. Each area within the DOC claims superiority for different reasons, however, there is a virtual pyramid of quality starting at the lower hills of Veneto and working up to the formidable Cartizze.

Italian Prosecco usually indicates the specific region or location it is from on the bottle. Pay attention to the label and gain some insight into what quality lies within. Here are some typical terms describing where the wine is from:

The restrictions placed on Prosecco being sold in the EU leads to a higher cost than those made elsewhere. Like Champagne, France, the land value alone can indicate a slightly higher cost per bottle.

The grape used in Prosecco was once widely referred to as the Prosecco grape. Now, the other and once less common name is used - Glera. The Italians have become very protective of their Prosecco, as the surge in popularity has led to other regions and countries entering the market. This defensiveness has led to some interesting tactics. 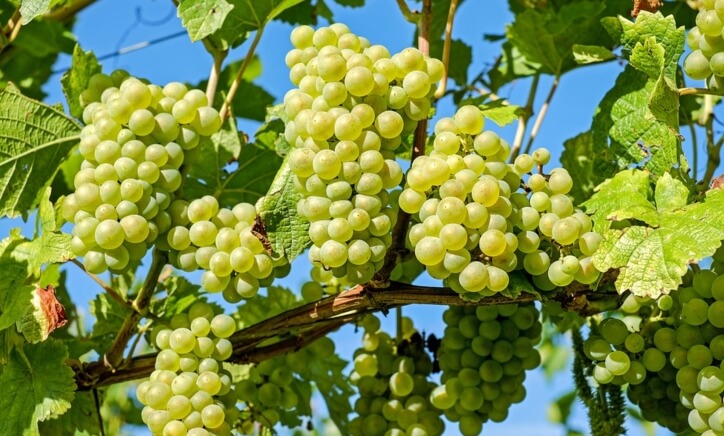 Italy came to realize that they could not protect the grape itself from being grown in other areas. Thus, they coined their region “Prosecco” and legally limited any bottle sold inside the EU labeled Prosecco to being produced inside the Prosecco DOC (mentioned above).

They took things a step farther by determining that the grape would be called Glera and never again Prosecco. Their thought was that the Glera grape sounds less appealing and would be less likely to be grown. Bottles not intended for sale often still carry the Prosecco labeling as the law only applies to sales within the EU.

Glera (formerly Prosecco) is a relatively easy grape to grow. As Prosecco has improved, a notable change in vineyard practices has, as well. Once known for simple sweetness, Prosecco wines now carry an ability to promote regional nuances (terroir).

Prosecco, in Italian terms, is legally required to contain 85% Glera. Other grapes may be used in addition but the restriction can create price spikes when Glera has a tough season.

Production and bottling are always significant factors in terms of impact on pricing. In fact, this may be one of the main influences outside of simple branding that makes Prosecco trend less expensive than Champagne.

Champagne is bottled to create its bubbles in a rather complex way. This method, known as Champenois, requires still wine be put in the final bottle with yeast and sugar added. The yeast eats the sugar and creates CO2 inside the very bottle that is sold to the consumer.

This method requires an appropriate skill to ensure it goes off as planned. It also gives Champagne its unique complexity and bread-like notes. To say the Champenois method is complex portrays that it is the best method. Well, not all wines do best under the same circumstances and this may be the case with Prosecco.

Prosecco is a light wine that benefits from a different and arguably more cost-effective bottling process. It uses the Charmat method (also called the Italian or Tank method). This process allows the second fermentation (where the yeast eats the sugar) to occur in large, often stainless steel, tanks. The wine is allowed to cool and the process is halted as it reaches the perfect pressure (just the right amount of bubbles).

This method is considered less costly because the labor required is minimal compared to allowing the second fermentation to occur in the bottle. It also produces a more crisp, light final product.

We have spent some time indicating that Prosecco is often found as a less expensive option than Champagne, on average. However, that is not to say that there are not some pricey options out there.

There was a time when it was quite challenging to find an expensive bottle of Prosecco. The rise in popularity has allowed Prosecco producers to raise costs on bottles simply based on branding and marketing.

There is a Prosecco DOC bottle available branded Casanova. It comes in a bottle adorned with Swarovski crystals and will run about $1,700 dollars for a standard 750-ml size. Do not expect this to become a trend as the brand has patented the use of the famed crystals on sparkling wines of all types including Champagne.

Prosecco continues to represent a relatively economical alternative to the still popular Champagne. However, as it continues to grow its fanbase by making appearances at brunch and happy hours everywhere, Prosecco could start becoming an option for those who love to buy pricey bottles.